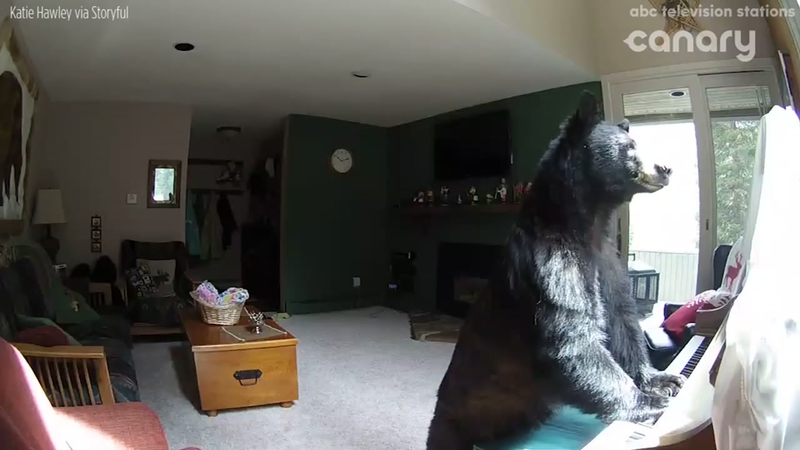 A Colorado woman captured an unusual intruder on her home footage: a black bear who played with the piano.

Katie Hawley came home on May 31 and discovered her kitchen and living room had been damaged. She called Vail Police, thinking it was a burglar. After officers took a look around, though, they determined that a black bear had entered through an open window to forage for food.

While inside the bear not only took food from the freezer, it also paused a moment to "play" the piano, which Hawley realized when she reviewed her home footage.

The town of Vail released a statement describing the incident, adding, "The chords captured on video were unbearable and the tune was equally grizzly, according to police."