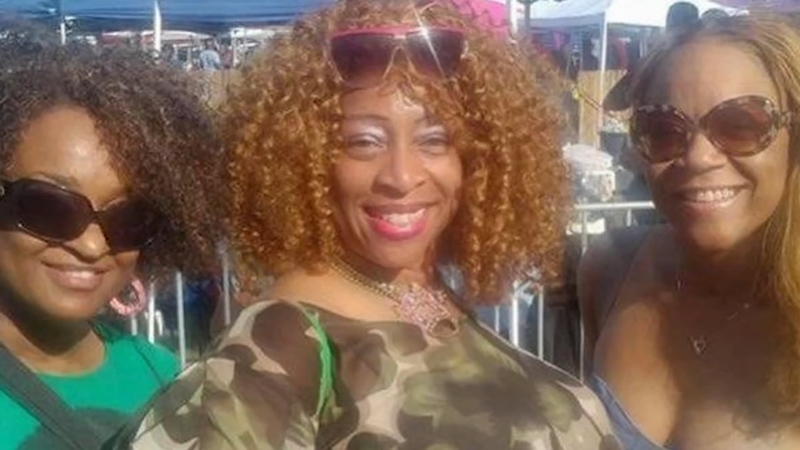 CHICAGO (WLS) -- A vigil was held Friday for a Chicago woman was found beaten to death inside her Englewood home Wednesday night.

Aaliyah Newell, 47, was last seen Sunday grabbing drinks with her friends. Now those friends are trying to cope with this sudden loss.

"My first thought was, this can't be real," said Brandy Garris, friend and sorority sister of the victim. "She was a beautiful, beautiful soul and I hate to think what her last moments were like."

With song and sorrow, relatives of Aaliyah Newell and members of her sorority family remembered her vibrant spirit.

"She was that bright star that you saw," said Teauria Brown, chaplain, National Pan-Hellenic Council of Chicago. "Whenever you saw her, you were happy. And even if you weren't happy, she made you happy because she was happy."

"She was definitely authentic," Garris said. "You were going to get Aaliyah Newell and nothing else. Someone truly took away an angel on this Earth."

Garris, like so many others, says enough is enough.

Newell was remembered Friday night at a gathering in Englewood in front of her home in the 7200-block of South Vincennes.

"No one deserves to be murdered in their own home," said her mother, Cynthia Newell. "I appreciate every effort in the community to help us find whoever murdered my daughter."

Police issued a community alert "seeking information from anyone who may have seen suspicious behavior or have security cameras" in the area.

"Her life is lost, and there's no one in custody," said Kimberly Egonmwan, an Alpha Kappa Alpha member. "And what matters is that that happens too often in the city of Chicago to Black women and girls."

"My daughter mattered, and I want justice for Aaliyah," Cynthia Newell said.

It's unclear exactly when Newell was killed, and so police are asking people in that area to check their surveillance videos from Sunday night to Wednesday evening.