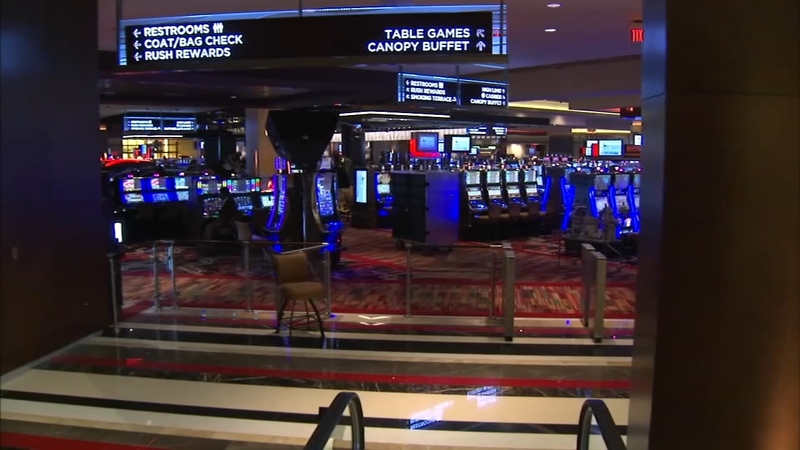 But to the city of Beloit and the Ho-Chunk Nation, it is a potential gold mine. After three decades of trying, Beloit city officials said they have gotten final approval to put a casino and entertainment complex on the site.

"We think this project will be a draw not only from Wisconsin, but from Chicagoland and beyond," said Beloit City Manager Lori Curtis-Luther.

The approval comes as Chicago officials have continued to debate the mayor's proposed site for Bally's casino along the Chicago River at the site of the former Chicago Tribune plant. And In Northwest Indiana, the Hard Rock Casino just celebrated its one year anniversary and claims to be the top grossing casino in the state, benefitting from lots of visitors from the Chicago area. In Rockford, they already have a temporary casino in place while they begin construction on a permanent facility for Hard Rock.

"I just like a good variety of games and good service," said customer Brian Ryder.

The Rivers Casino in Des Plaines recently completed a major expansion. They claimed to be the most successful in Illinois, benefiting from its proximity to Chicago and O'Hare airport, but also drawing from all over the northwest suburbs. In a statement, they said the company "has continually reinvested in the Des Plaines property to meet the continuing demand for premier entertainment."

In Beloit, the Ho-Chunk Nation plans to spend more than $400 million to build a complex that includes a casino, hotel, convention center and water park as well as restaurants and bars.

"This will be a significant entertainment venue, the largest in Beloit and also one of our largest employers," Curtis-Luther said.

They estimated about 3,000 construction jobs and 1,300 permanent full-time employees once it's open.

"It's incredibly exciting. We believe this will be an economic engine not only for the city of Beloit, but for the entire region," Curtis-Luther said.