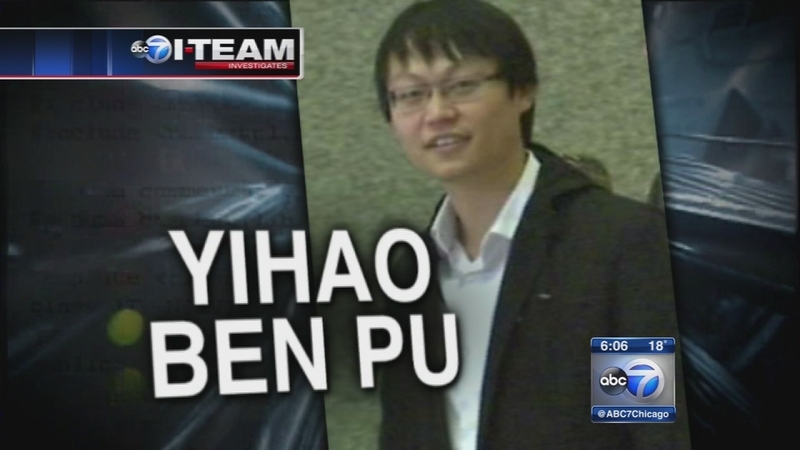 Ben Pu was a blue-chip engineer with a degree from Cornell when Citadel hired him in 2010. The next year he was under arrest, charged with what prosecutors call "theft on a grand scale." He stole the company's secret computer trading codes known as alphas, the keys to its multi-billion-dollar business.

When Ben Pu is sentenced Thursday morning, federal prosecutors will ask a judge to lock him up for between seven and nine years.

From its command center here in Chicago, Citadel is one of the world's largest hedge fund managers, and the firm's alpha codes are carefully guarded company secrets.

Pu pleaded guilty to violating that trust. Yihao "Ben" Pu was only 23 years old when he and an accomplice bypassed Citadel's elaborate security grid and stole the company's trading codes.

According to a government court filing, Citadel trade secrets took millions of dollars and countless hours of research and development to create, and Pu tried to put them to work for his own profit. According to prosecutors he was motivated by arrogance, entitlement, and greed.

And then he tried to cover up the crime, having an accomplice dump most of the hard drives and computer equipment into this north suburban canal. An FBI dive team recovered them.

In these papers filed by Pu's attorneys, they dispute much of what the government says, stating "Ben did not have the source code on which $10.1 million was spent" and that there was "no actual or intended loss in this case."

They say Pu was just a "young and immature man who exercised extremely bad judgment by taking property of his employers" and are asking for "a lenient sentence for Ben."

At Pu's sentencing hearing in federal court they will ask for no jail time and plan to tell the judge that Pu is a kind and generous man who deserves probation.

A second ex-employee of citadel who was in on the scheme will also be sentenced tomorrow. Sahil Uppal pleaded guilty in the case as well. The government is asking for at least a one-year sentence for him. Citadel's attorney says the company spent $2 million dollars investigating and hopes both men will be sentenced in a way that sends a message to other employees.