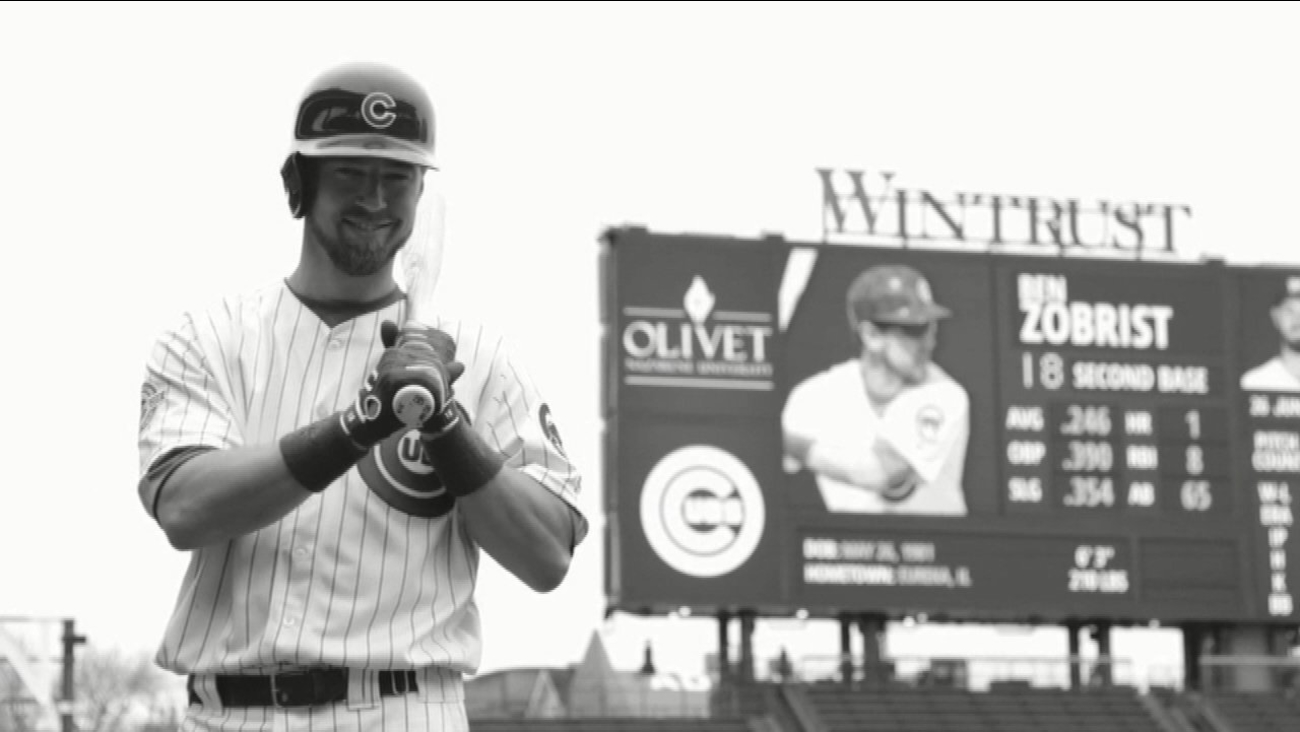 However, the 11-year majors veteran and three-time All Star almost left baseball for Bible college before his career even started.

"Coach Johnson saw him and asked him what his plans were. He said he was headed to Bible college and Coach Johnson said, 'Why don't you come to Olivet and play baseball and major in ministry.' ... And that's how he ended up at Olivet," recalled Todd Reid, baseball coach for Olivet Nazarene University in Bourbonnais.

Zobrist said Olivet is where his focus on baseball really started.

"My time in high school was very focused on whatever sport was in season. And when I got to Olivet it was the first time that I just focused on baseball," Zobrist said.

But that extra focus didn't take away from his classwork when he was a Tiger.

"He missed a lot of class, spring training and games away," said Jay Martinson, a communications professor. "But he was that kid, who even though he missed class, he had the higher percentage in my senior-level capstone class. He was just such a hard worker."

Is his former professor surprised by Zobrist's athletic path?

"I can't say I called it, but I'm not surprised at all just because of the worth ethic he has. He was a perfect professional," Martinson

In three seasons, Zobrist set the program mark with a 25-game hit streak, batted over 360 and even had six saves as a freshman pitcher. All reasons why he was inducted into Olivet's Hall of Fame.

"It's huge," Zobrist said of Hall of Fame honor. "It's a memory that you never forget. It's something that, when I'm old, my kids will look back and say, "You got inducted into some kind of hall of fame. That's pretty cool.'"

More than a dozen years later, Olivet is proud to have Zobrist be such an engaged alum.

"Ben has been very good to us," Reid said. "He's stayed connected. He will come back and work out with our guys on occasion, has come back and spoken at chapel at Olivet and shared his story. In fact, this past year when we won the conference championship, he gave a gift of bringing our team up to Wrigley."