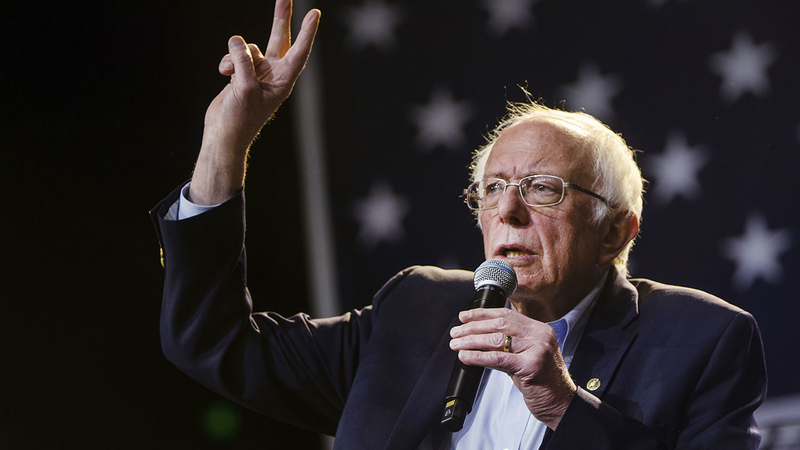 "These ads are taken from old footage, especially the Sanders ad. It goes all the way back to 2006," said Peter Cunningham, Obama's former assistant education secretary. "The Biden ad goes to 2017. So they are not endorsements."

Obama has not endorsed any presidential candidate, which is typical of former presidents, according to ABC 7 Political Analyst Laura Washington.

"If both candidates decide to stay in this race until the convention, that could mean a brokered convention," Washington said. "The Democratic party does not want that, so Obama is holding his fire so he can come in and be a peacemaker and bring them together."

As far as the ads, both candidates' commercials use old footage of then-President Obama. In Sanders's ad, you hear Obama saying Sanders has "great authenticity, great passion." But Cunningham, along with other former Obama administration officials, agree that the ad is not only misleading, it doesn't represent the relationship between Sanders and Obama either.

The same ad caught the attention of Obama's senior advisor, David Axelrod, who Tweeted Wednesday, after Super Tuesday: "The day after a very tough day in which black voters broke heavily against him, @BernieSanders surfaces ad featuring past praise from @BarackObama, with whom he wasn't particularly close."
But does the rest of the country know what Illinois and Chicago voters know?

"I think voters in Illinois and Chicago know where Obama stands and they know Obama will likely be standing with Biden, if he endorsed," Washington said.

"Joe's honest, candid counsel made me a better president and a better commander in chief," Obama said in Biden's advertisement.

The fact that Obama picked Biden as his vice president may tell the larger story.

"Barack Obama picked Joe Biden as his vice president. Clearly, Joe Biden has the biggest connection to the former president," said Austan Goolsbee, a professor at the University of Chicago, and former Chairman of Obama's Council of Economic Advisers. "All power to everybody to say that they want to attach themselves to the legacy of the former president. To the extent they are suggesting he's endorsing them, I think it's pretty clear he's not."

While the former president has remained neutral during the Democratic primary race, Goolsbee said he expects the president to be more active during the general election. The presidential primary in Illinois is Tuesday, March 17th.