Chicago shooting: Bicyclist critically wounded after being caught in crossfire in South Shore 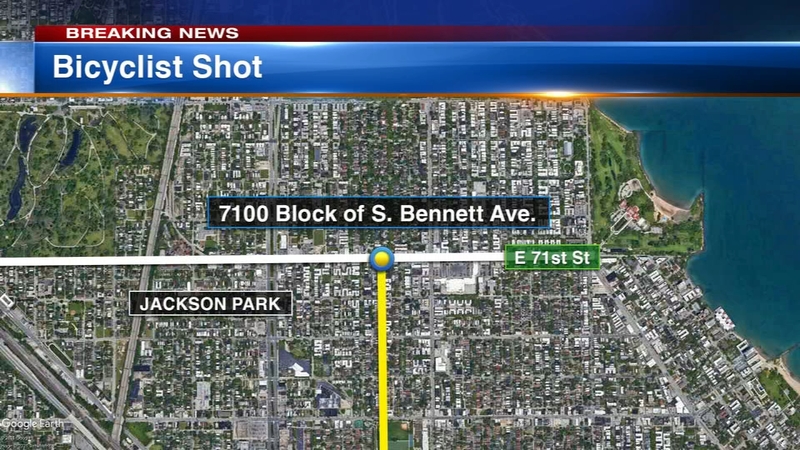 Bicyclist shot after getting caught in crossfire in South Shore

Police said two suspects were standing on a corner in the 7100-block of South Bennett Avenue at about 2:55 a.m. when they were firing at another person.

The victim was riding his bike when police said he was caught in gun crossfire and shot in the head and upper and lower body.

He was initially transported to the University of Chicago Medical Center in critical condition. Police said the victim was likely not the intended target of the shooting