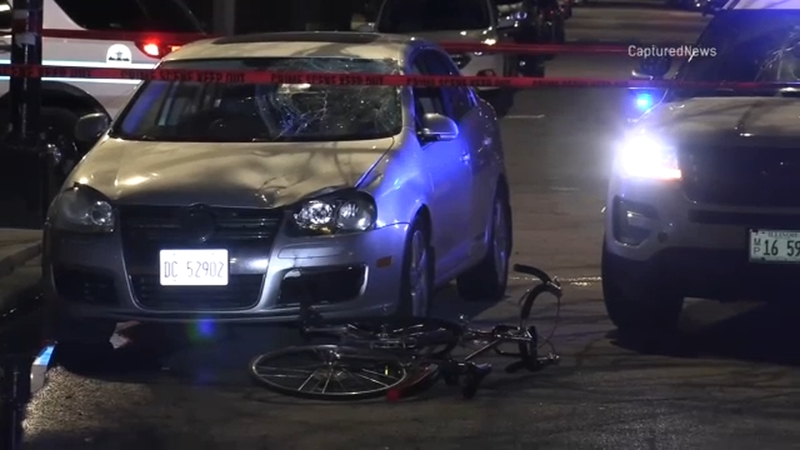 CHICAGO (WLS) -- A Joliet woman is charged after critically wounding a bicyclist Saturday night on the Near West Side.

A 43-year-old man was riding his bike in the 900 block of West Madison Street about 10:10 p.m. when he was struck by a Volkswagen Jetta, Chicago police said. He suffered trauma to the body and was taken to Stroger Hospital, where he was in critical condition, officials said.

Police said 30-year-old Courtney Bertucci, of Joliet, was traveling eastbound on Madison when she swerved into oncoming traffic due to a metal construction cover that had been placed in the roadway. When the Jetta swerved into the westbound traffic lane, she struck the man on the bike.

She then attempted to drive away, but was stopped by nearby pedestrians, police said. Authorities say she was suspected of being under the influence of a controlled substance.

She was taken into custody by officers.

Bertucci has been charged with possession of a controlled substance and drug paraphernalia, as well as issued traffic citations.