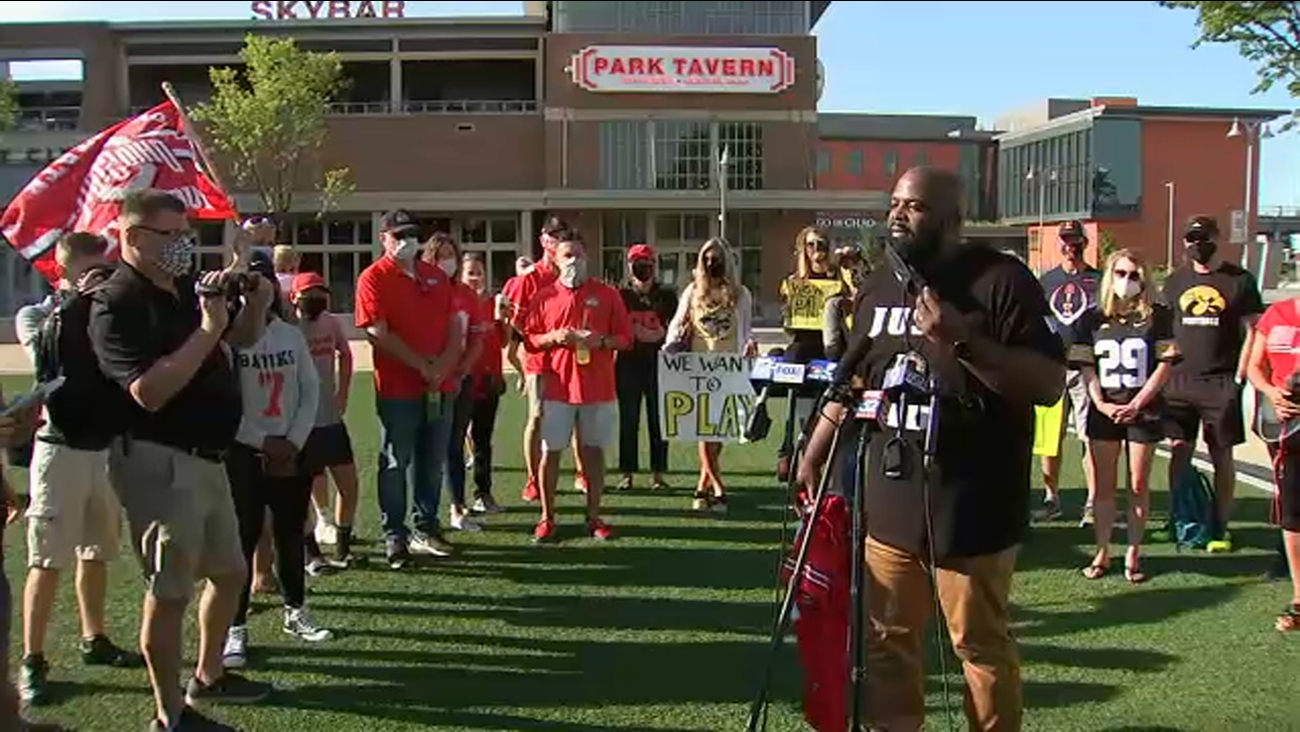 ROSEMONT, Ill. (WLS) -- A group of parents from all over the Midwest are trying to put pressure on the Big Ten to bring back sports this fall.

They say their children's future in athletics depends on it.

The Big Ten Conference is moving its fall sports season to the spring to keep players and staff members safe during the COVID-19 pandemic.

But a group of parents in Rosemont gathered Friday to say they are not happy with that decision, and want to get their kids back on the field.

The decision to stop Big Ten sports this fall and move it to the spring came last week.

Since then, parents have been voicing their opposition.

"The lack of transparency is a problem for parents," one protester said.

The Big Ten was among the first to announce the postponement, the PAC Ten followed. Other conferences and colleges are moving forward with plans to play sports this fall, including football.

"It's just not a good thing to have a kid disappointed over something he can't control," said Randy Wade, the father of a football player.

The parents say their kids need to play now, and the Big Ten needs to figure out how they can do that safely.

Dornaj Davis' son Julius plays for the Wisconsin Badgers, and contracted COVID-19 while around his friends. His son recovered, but Davis said it proves these students are actually safer playing with their teammates under the supervision of their colleges.

"With all of the protocols with the colleges that have been taking place, they are safer on campus with the teams because they are getting tested weekly," Davis said.

The parents also agree that the Big Ten commissioner's own son, a football player for another conference, is allowed to play. Yet he is making this major decision for other students.

They believe with testing more readily available, there are ways to make playing the game safer.