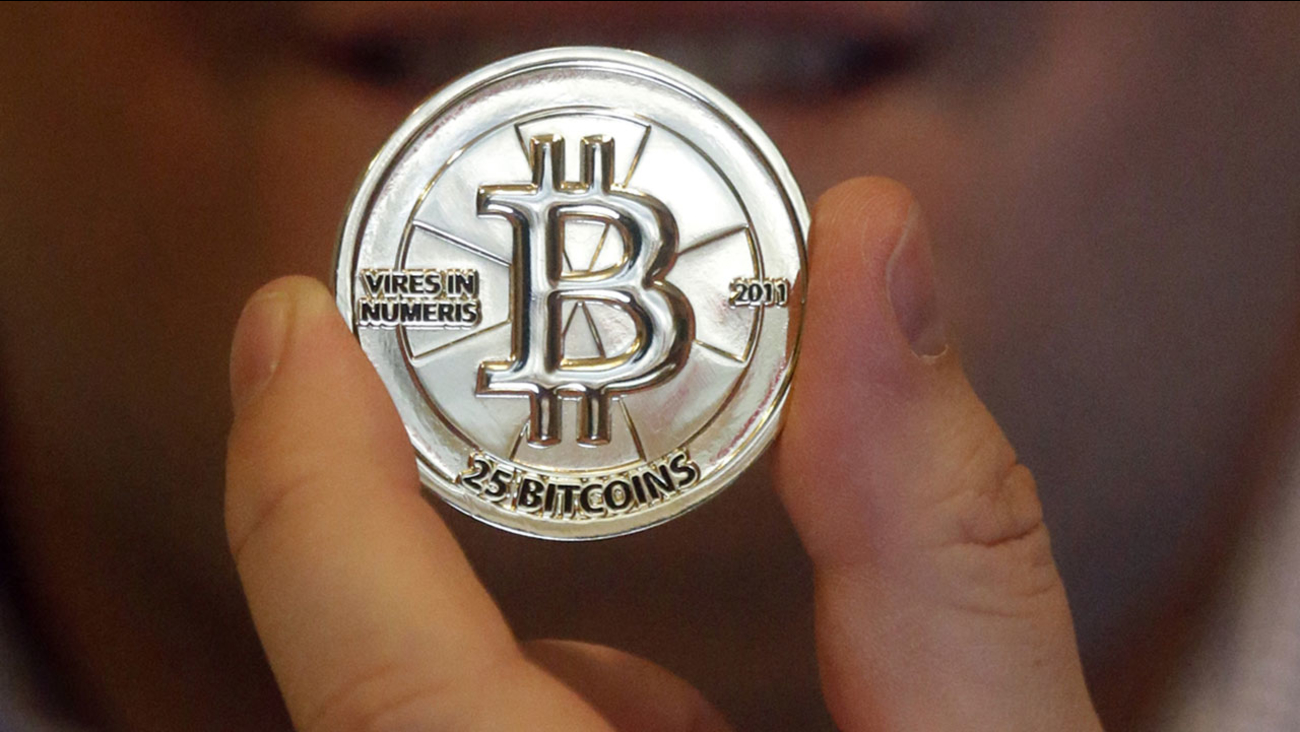 In this April 3, 2013 photo, Mike Caldwell, a 35-year-old software engineer, holds a 25 Bitcoin token at his shop in Sandy, Utah. (AP Photo/Rick Bowmer)

LEOMINSTER, Mass. -- A Massachusetts school district is waiting for its computer system to be "unlocked" after it paid a $10,000 Bitcoin ransom to hackers following a cyberattack on its system.

And despite the nefarious nature of the school system's lockdown, there is no criminal investigation into the matter because solving this crime is "impossible," said Interim Leominster Police Chief Michael Goldman.

"It's something likely to come from out of the country, (we) can't trace it," Goldman told WBZ-TV's David Robichaud.

The police chief said he wasn't told what types of school district files were locked down. He said this was "straight up decryption" and no data mining. School employees are locked out of their own system.

The school e-mail system is also down, and school employees are using their Gmail accounts as backup to communicate with one another, he said.

Leominster Schools Superintendent Paula Deacon said in a statement that the Bitcoin ransom was paid following the cyberattack, which occurred April 14.

The school district is waiting for its system "to be fully restored," she said.

"The Leominster Public Schools were the victim of a Ransomware cyber attack on Saturday, April 14, 2018," Deacon said. "A lock was placed on our system until a negotiated ransom was agreed upon. We paid through a bitcoin system and are now awaiting to be fully restored."

Bitcoin is "a completely digital money" or cryptocurrency that is powered by its users with no central authority or middlemen, according to Bitcoin.org.

"From a user perspective, Bitcoin is pretty much like cash for the Internet," the site states of the worldwide payment system.

Goldman, the police chief, said Deacon asked him for advice on the matter, and he told her to pay the $10,000 ransom.

Goldman said there were some negotiations between the district and the hackers, and when the school system agreed to pay the ransom they were sent passwords to unlock certain files, as proof that the cyber extortionists could unlock the files.

Goldman said it is "impossible" to track the cyber extortionists down.

In her statement, Deacon thanked local, state and federal authorities for their support.