Black doctor from Evanston upset after mistaken for robbery suspect 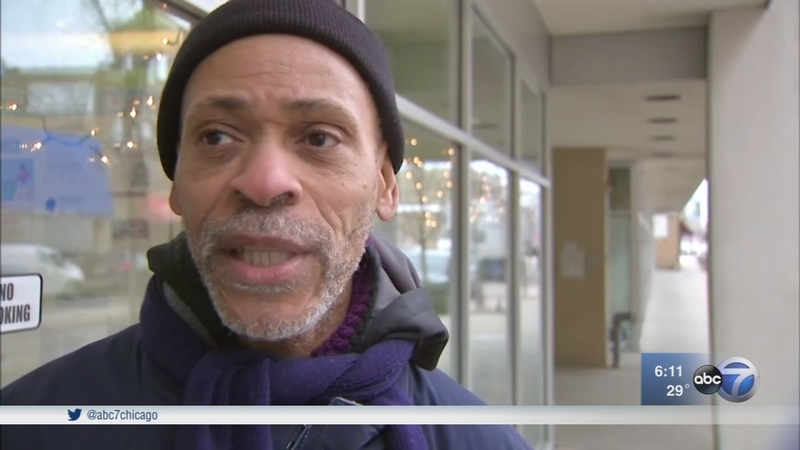 Black doctor from Evanston upset after mistaken for robber

EVANSTON, Ill. (WLS) -- An Evanston doctor who is black is upset after he was mistaken for a robbery suspect and handcuffed as he was walking home from the library.

Dr. Gregory Hall, 60, was leaving the public library Monday afternoon on Chicago Avenue when police confronted him and accused him of committing an armed robbery.

"Your heart is pounding, you don't know what is going on. Your rights are being violated or so you think. You haven't done anything wrong yet you're accused of doing something wrong," Hall said.

According to Evanston police, just prior to Hall getting stopped, officers were investigating an attempted armed robbery at a yarn store, and then an armed robbery minutes later at a thrift store a few doors down from the library.

Police dispatch sent out an initial description of the suspect being between 50-60 years old, 5-feet-8-inches and thin.

Police said that when officers spotted Hall, they made what's called an "investigative stop."

The incident was captured on body cameras worn by the officers at the scene.

That video, not released to the public, shows an officer approaching Hall with his weapon drawn.

Jay Parrott, of Evanston police, said: "You have to remember, they were responding to a robbery with a handgun that just occurred so when officers are stopping and it's a reasonable assumption that that person may be armed with a handgun."

Hall was placed in handcuffs for several minutes until the manager at the thrift store said he was not the suspect.

The store security camera caught a picture of the suspect.

"He was not cooperative. He was not compliant in putting his hands up. The officers had to try to pat him down and he was pulling away," Parrott said.

Hall said police could have gone to the library to check his whereabouts, but refused to do so and takes issue with how he was treated.

"My concern is it will happened to other people if we don't get the word out," Hall said.