WLS
By Rob Elgas and Will Jones 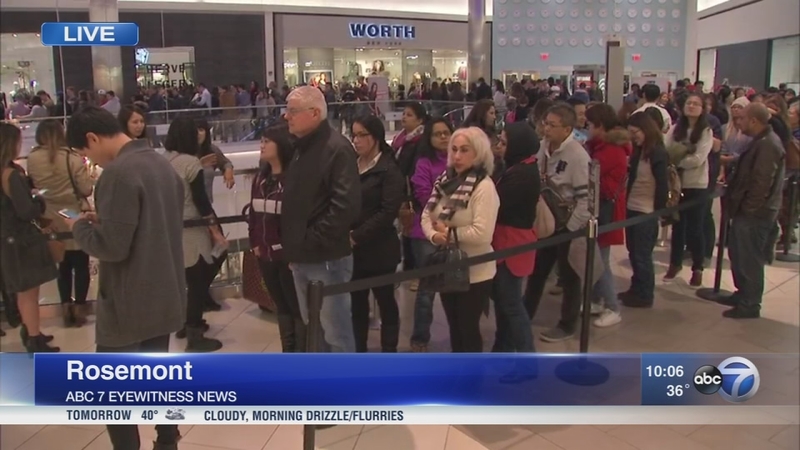 CHICAGO (WLS) -- With Black Friday just a day away many shoppers are already taking advantage of holiday deals.

It's déja vu at Best Buy in Lincoln Park, where many shoppers have stood in line many years in a row.

"It was crazy because we came out...thinking we are going to run into the exact same people," said Christopher Neal, a shopper. "This is exactly the same line we were in last year."

Shoppers got in line at 7 a.m. Thursday, 10 hours before the store was set to open.

According to a National Retail Federation survey, 21 percent of Thanksgiving weekend shoppers started their shopping on Thursday, nearly the same as last year.

Some shoppers said getting a head start was worth the long lines.

"Several stores had 50 percent off today so we tried to hit that up," said Tina Eslinger, a shopper.

"I like saving money," said Jada Mone't, a college student.

"They have deals today, Black Friday will be a madhouse," said Jeff Lyons, a shopper.

Darin Ortmann said he was shopping for a hospital toy drive. He did his research Wednesday night for the best bargains, hoping to make every second count in store.

"I looked online before and saw the stuff I wanted to grab," Ortmann said.