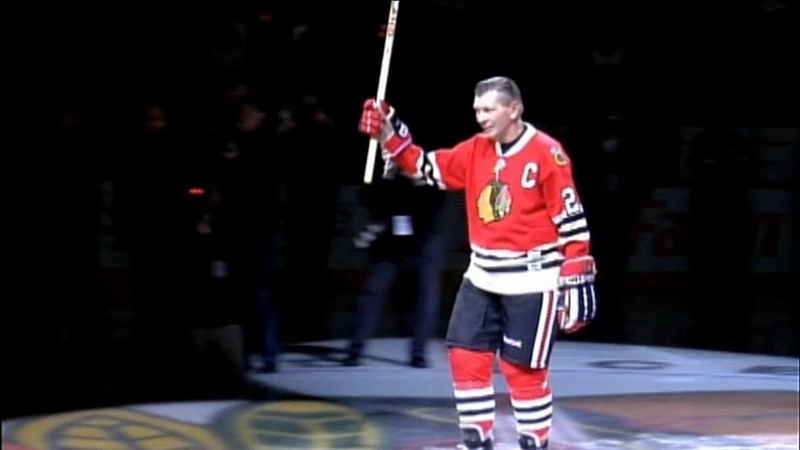 CHICAGO (WLS) -- Fans of Blackhawks legend Stan Mikita stood in line for hours on Sunday to pay their respects at a public visitation held at the United Center in Chicago.

Mikita - considered one of the greatest players in NHL history -- passed away Tuesday at the age of 78. His career with the Blackhawks lasted from 1958 to 1980, including a Stanley Cup win in 1961.

In the atrium on Sunday, a No. 21 jersey hung over his casket as hundreds of fans paid their respects and consoled the family.

"I used to play hockey, I used to watch Mikita, I used to lace my skates like he did, everything," said fan Lou Gallo, a decades-long fan who wore his No. 21 jersey from 1972.

For a time after his retirement, Mikita acted as an ambassador for the Blackhawks.

In 2015, Mikita was diagnosed with suspected dementia.

The team dedicated a statue in his honor at the United Center in 2011. Fans have left flowers, took photos and held a moment of silence in his memory at the statue.