Woman hit in face by puck at Blackhawks game 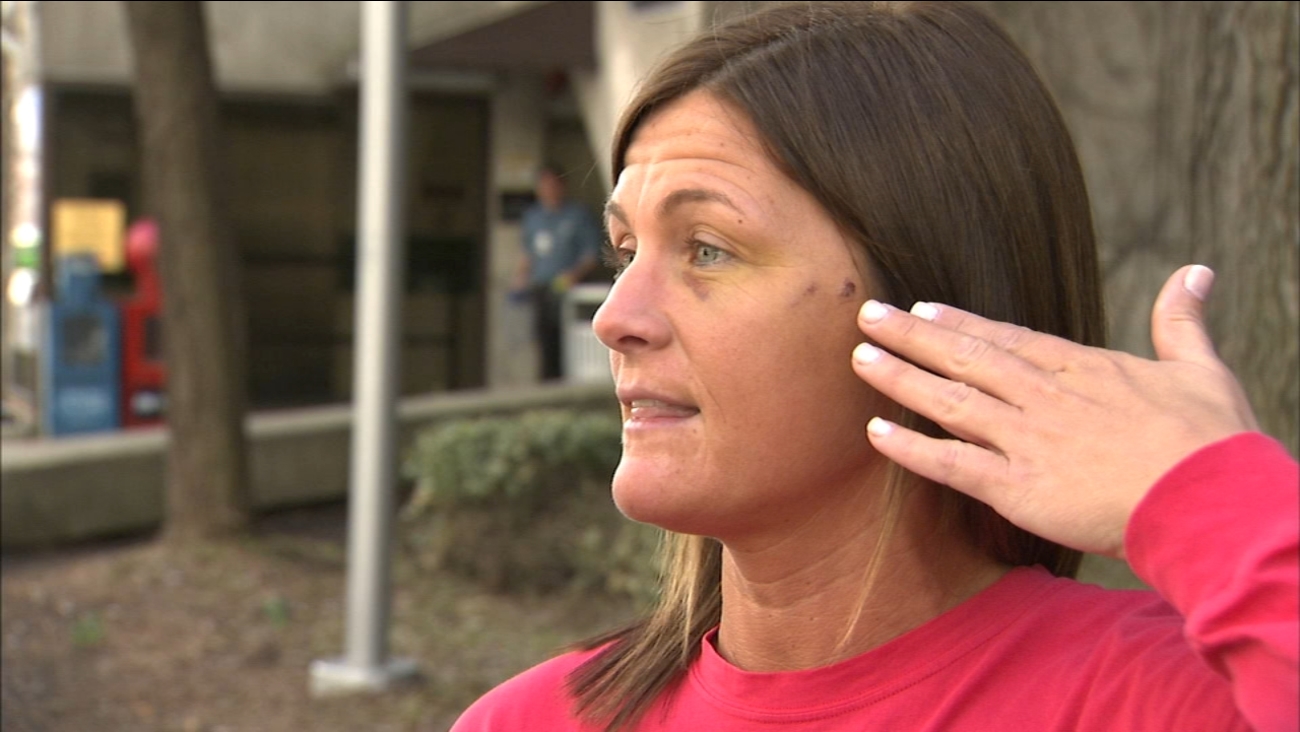 Bridget McClain fractured part of her cheekbone when she was hit by a puck at a Blackhawks game.

CHICAGO (WLS) -- A woman was hit by a puck last week during a Blackhawks game at the United Center, fracturing part of her cheekbone.

Bridget McClain is now wondering why the team hasn't checked up on her.

As a birthday present, McClain took her daughter, Lili, to the game against St. Louis. They were seated several rows behind McClain's sister and brother-in-law, who have season tickets in the second row.

During the second period of the game, McClain switched seats with her sister.

"All of a sudden, a puck comes and hits me on the side of the head, out of nowhere," she said.

McClain's husband, who was two hours away at their home in Peru, was watching the game on TV and got a call to meet her at the hospital.

"Watching it, it was a little traumatic because you see a bunch of people waving so it got a little scary," husband Don McClain said.

Doctors said that had the puck landed anywhere else, the injuries could have been much worse.

She has been in pain for the past few days and has also wondered why she has not heard from the Blackhawks to see how she was doing.

"I didn't even get the puck that hit me in the head," McClain said.

On Monday, McClain had successful surgery at Rush University Medical Center to repair the break.

Blackhawks spokesman said they were not aware of the extent of her injuries and will be getting in touch with her family.