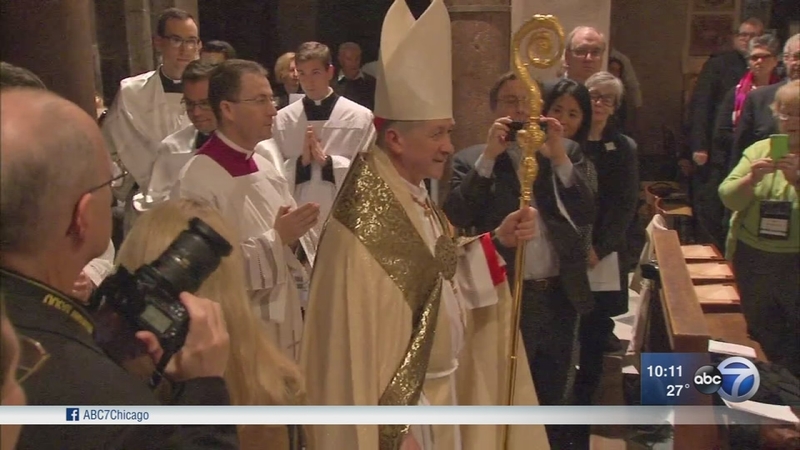 VATICAN CITY (WLS) -- Cardinal Blase Cupich celebrated his first Mass Sunday in the Vatican City since his elevation on Saturday.


The Mass with Pope Francis in St. Peter's Square is the closing Mass for what is called a Jubilee Year. Pope Francis called for a special Holy Year Observance of Mercy, meaning that Catholics should place a prayerful emphasis on forgiveness and reconciliation.

Cardinal Cupich's first Mass in his new role saw the Chicago archbishop in a more prominent role alongside the pope, not a position of worldly power, but of influence in ministry.

The pope told those gathered in St. Peter's, as he has stressed though the weekend, to keep open the doors of reconciliation and pardon, to move beyond differences and provide opportunities for each other.

"With immigrant parents, yesterday's message from the pope was so inspiring on so many levels, really about tolerance and inclusion and really about just loving each other," said Illinois Comptroller-elect Susana Mendoza.

Saturday, the big day for Chicago's new cardinal, Blase Cupich knelt before Pope Francis and received the red hat or biretta, signifying that he is now a cardinal, joining the elite group of consultors to the pope.