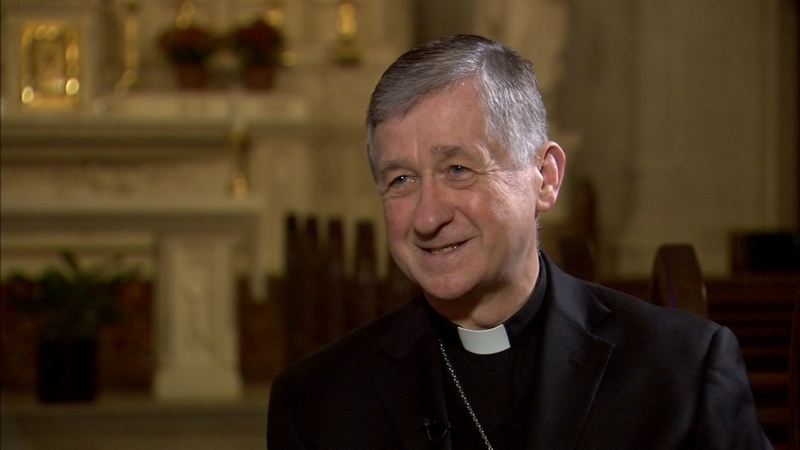 CHICAGO (WLS) -- Chicago's Cardinal Blase Cupich has been given a major new role in the Catholic Church.

The Vatican announced Friday that Cardinal Cupich will be responsible for the planning of an unprecedented meeting called by Pope Francis.

This February, top bishops from around the world are being summoned to Rome to set the policies for dealing with clergy sexual abuse - and the discipline to be given - even to bishops - if they violate those rules.

"The Holy Father is very serious about this," Cupich told ABC7. "This is a major step. It's a first step, but it's one in which the church is going to get their arms around as a global church."

Cardinal Cupich told ABC7's Alan Krashesky that the 4-day February meeting should set a new standard for fighting clergy sexual abuse around the world in the Catholic Church.

Abuse survivors and women working at the Vatican will also contribute to the preparatory committee. Notably absent from the lineup announced Friday was Boston Cardinal Sean O'Malley, who heads the pope's sex abuse advisory commission, though one of his members, the Rev. Hans Zollner, is the point-person for the group.

Francis summoned leaders of the world's 130 bishops' conferences to the Vatican Feb. 21-24 after the abuse scandal erupted again in his native South America and the U.S. and he himself botched the case of a Chilean bishop implicated in cover-up.

The stakes of the meeting grew exponentially after the Vatican told U.S. bishops earlier this month not to vote on proposed new measures to investigate sexual misconduct or cover-up within their ranks.

The Vatican still hasn't explained why it blocked the vote on a U.S. code of conduct for bishops and a lay-led board to investigate them. The head of the U.S. bishops conference, Cardinal Daniel DiNardo, said the Holy See wanted to delay any vote until after the February global summit.

However, it is unlikely that such a diverse group of churchmen, some representing national churches that continue to deny or downplay the scandal, will over the course of four days come up with any universal proposals that come close to the accountability norms that U.S. bishops were seeking.

Cupich has said he was disappointed by the Vatican's decision, but at the time of the U.S. bishops' meeting, he proposed they go ahead and debate the measures and even came up with a revised proposal himself.

"Pope Francis is calling for radical reform in the life of the church, for he understands that this crisis is about the abuse of power and a culture of protection and privilege, which have created a climate of secrecy, without accountability for misdeeds," he wrote in a blog post Thursday. "All of that has to end."

Zollner, who heads a safeguarding institute of study at the Pontifical Gregorian University in Rome, acknowledged that the expectations were high going into the meeting.

"And it's understandable that they are high, given the gravity of the scandal that has shocked and hurt so many people, believers and not, in so many countries," he told Vatican Media.

Vatican spokesman Greg Burke said Francis' decision to host the meeting at all showed he considered protection of minors a "fundamental priority for the church."

The involvement of lay experts in the preparatory work, Burke said, "can help address especially what needs to be done to ensure transparency and accountability," he said.