Blue Courage program trains the human side of police officers 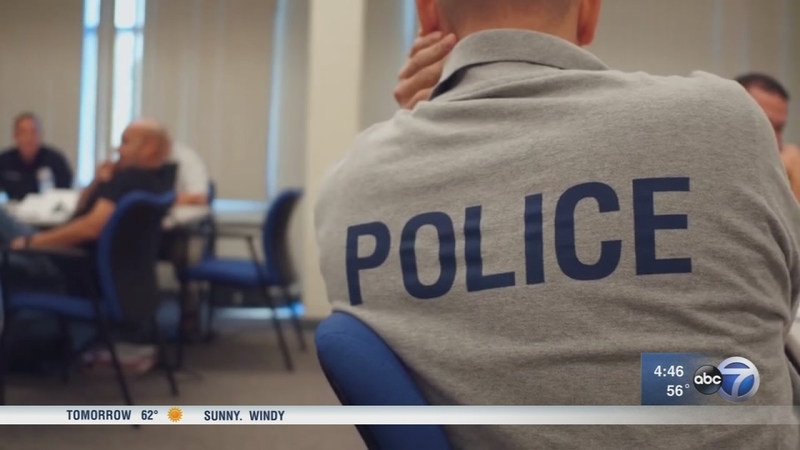 AURORA, Ill. (WLS) -- When the Justice Department issues its long-awaited report on the Chicago Police Department, it is expected to focus in large part on the need for changes in police training. Some of it has already begun. One veteran local lawman is changing the face of cop training nationwide.

When police are trained, they learn a lot about the law, ethics, shoot-don't shoot scenarios. They get skills, and tools, but is that enough?

"If you put the skills and tools into the hands of somebody with the wrong heart-set, mind-set, what you have created, and in every class the answer has always been, you've created a monster," said Michael Nila, founder of Blue Courage.

Nila spent 29 years on the Aurora Police Department retiring as a Commander. In the years since, he has spearheaded a training concept called Blue Courage. It focuses on the human development of the officer. Empathy, compassion, resilience are vital to being a good cop, but police training traditionally has focused little on mental attitude, the effect of high stress and cynicism.

"We knew all these things way back when I started in policing in the early 1970's. We have never really done anything. We never really intentionally attacked it," Nila said.

That is changing. Blue Courage is being woven into police training here in Chicago, and in police departments in 40 states.

Tools are very important, but things like managing stress, getting sleep, finding a re-set button are critical to what's in the heart and head.

"We're educating them about the science, the art, the biology, all these different things that it takes for use to be at our very best under the most difficult of circumstances," said Nila.

Nila's work is now being recognized with a meritorious public service award from the U.S. Attorney General. There's plenty of anecdotal evidence that Blue Courage is having a positive influence, but hard data is needed, and gathering it is just starting. Still its practitioners see it as necessary culture change.