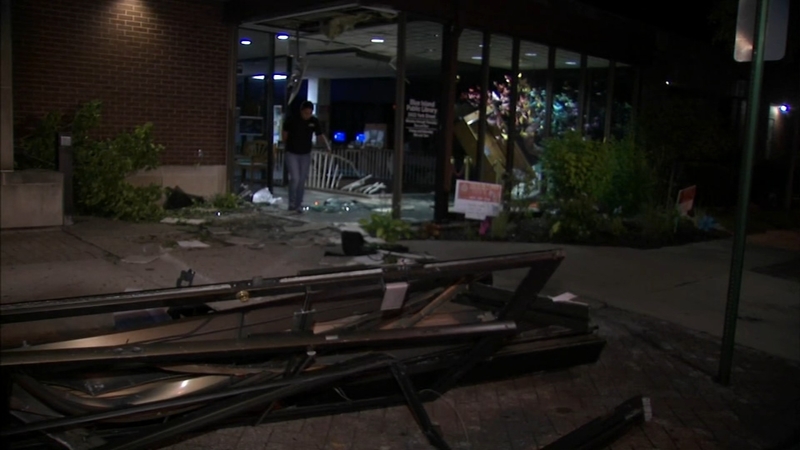 BLUE ISLAND, Ill. (WLS) -- A woman was arrested after crashing a car into the Blue Island Public Library.

Police responded around 2:15 a.m. to an activated alarm at the library, which is located in the 2433 York Street.

When officers arrived, they found a woman inside a car that had slammed into the entrance and helped her out of the vehicle. She was not injured in the crash, police said.

Broken glass and debris were scattered across the scene. Crews had huge mess to clean up overnight.