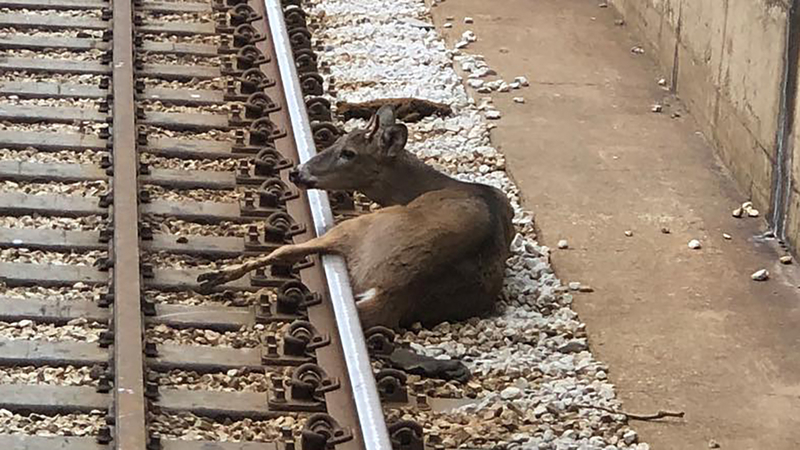 CHICAGO (WLS) -- A deer was removed from the CTA Blue Line tracks Monday afternoon after it had suspended service for about three hours between O'Hare and Harlem.

In a 4:23 p.m. tweet, CTA said that trains were running again with residual delays. The deer was on the tracks at Rosemont station.

"Bambi is alive," according to a Chicago Fire Department tweet.

An injured deer was removed from the Blue Line tracks after it delayed trains for hours ahead of the Monday evening rush hour.

The deer was taken away by animal control, the fire department said. Freeing the deer required the efforts of multiple local and state agencies, a CTA spokesman said.

CTA first tweeted that the deer was on the track at about 1:20 p.m., suspending service between the O'Hare and Harlem stops on the city's Northwest Side.

Service continues to be disrupted while we work with local authorities to address and restore service. We also continue to work to institute full bus shuttle service, but also encourage riders to consider alternatives to Blue Line between Harlem & O'Hare at this time. https://t.co/GZIj9fMz0R

The Chicago Fire Department was assisting with the deer, according to a tweet. 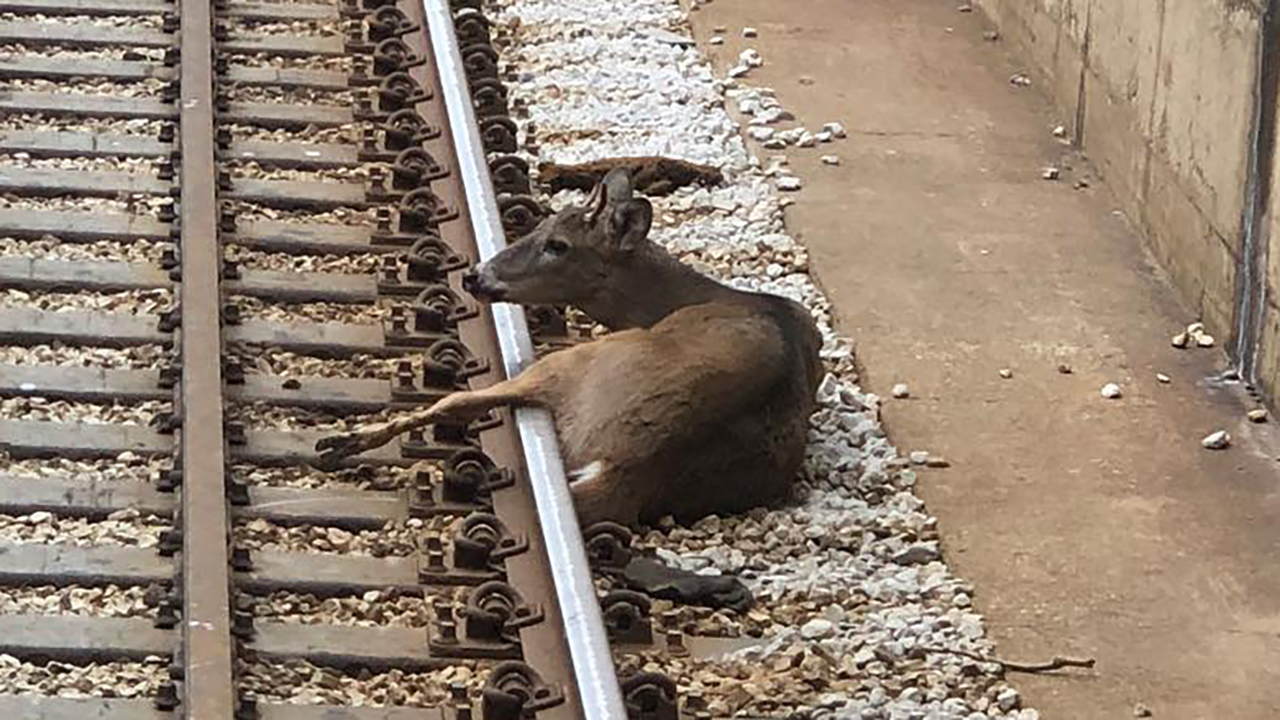 A deer became stuck on the Blue Line tracks near the Rosemont stations, suspending service for hours.