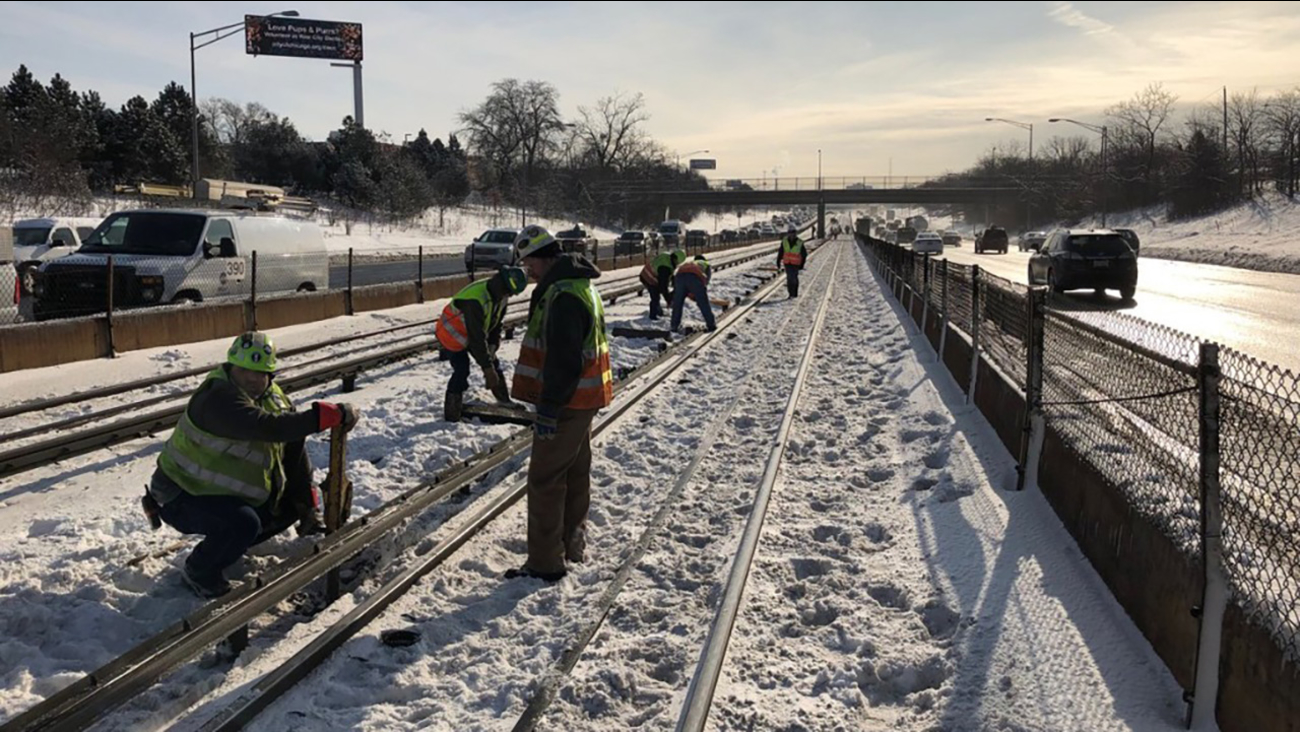 CHICAGO -- Blue Line trains are operating with major delays because of track problems Friday morning near the Jefferson Park station on the Northwest Side.

Forest Park-bound trains were temporarily stopped because of a "track condition" about 8:30 a.m., according to an alert from the Chicago Transit Authority.

A CTA spokeswoman told ABC7 that 500 feet of track needed repair after "third rail chairs" were broken, which caused the third rail to fall over. That stretch of track is located from north of Jefferson Park Station to the Harlem Avenue stop.

It is currently unclear what caused the third rail chairs to fail, according to the CTA spokeswoman.

As of 12:35 p.m., trains were moving in both directions with residual delays.