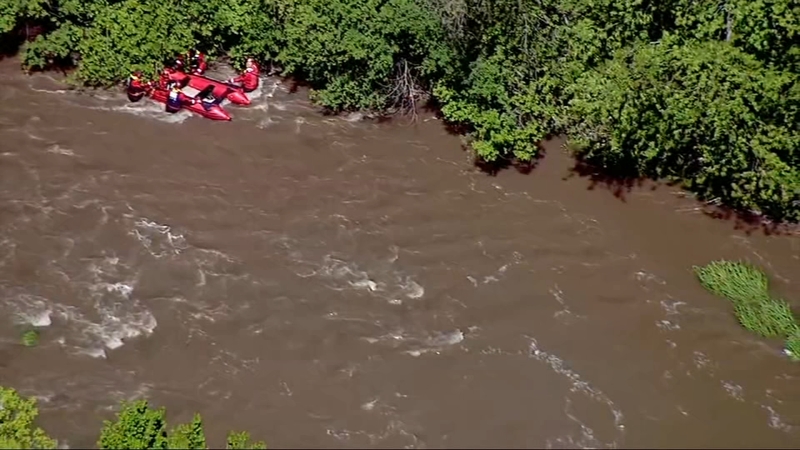 JOLIET, Ill. (WLS) -- Search crews have found a teen's body, three days after a Metra train hit him and knocked him off a bridge into a creek.

According to Metra, the body of 15-year-old Charles Cooper was found at Hickory Creek in Joliet on Saturday.

Cooper's neighbors say off camera that he was a good student, excited about starting his first year in high school.

The search for the second teenager hit and killed by a Metra train ended earlier today as Nichole Mack and her family sat outside their home near Hickory Creek.

"Not but just maybe even seconds later we saw this young man, his remains come floating right up the creek right where we were watching. So immediately we notified the proper authorities," said Nichole Mack.

Mack says she and her family spotted the teenagers remains in the creek near Gardner Street.

RELATED: 1 identified, 1 missing after being struck by Rock Island Metra train near Joliet

Cooper, by neighbor's accounts, was a smart student and good son.

Metra says his body was found about three and a half miles downstream from where he and another teenager were hit Wednesday night, reportedly trying to run out of the train's way.

"It was absolutely devastating and my heart goes out to the family. That's where my heart really lies is with the family," Mack said.