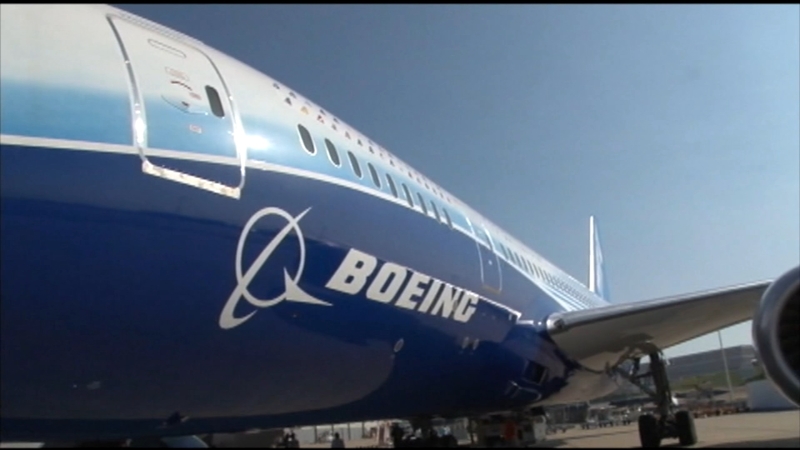 Boeing has issued operational guidance to airlines as investigators continue to probe what happened to Lion Air Flight 610 which crashed into the Java Sea last month, killing all 189 passengers.

In a statement on Tuesday, the airline manufacturer said it had issued an "Operations Manual Bulletin" advising airline operators how to address erroneous cockpit readings.

A spokesperson for Boeing wouldn't disclose to CNN whether the directive was issued to operators of all Boeing aircraft, or just those who fly 737 MAX 8 planes, the same model as Flight 610.

The directive points operators "to existing flight crew procedures to address circumstances where there is erroneous input from an AOA sensor," the statement said. "Whenever appropriate, Boeing, as part of its usual processes, issues bulletins or makes recommendations regarding the operation of its aircraft."

An AOA, or angle of attack, sensor is a vane that sits outside of the aircraft and gives pilots a visual reading of the plane's angle of attack -- or "the angle between the oncoming air or relative wind and a reference line on the airplane or wing," according to Boeing.

"It is very important because its tells them if the plane is flying at too high angle of attack which can lead to an aerodynamic wing stall (loss of lift)," said aviation analyst and editor-in-chief of Airlineratings.com, Geoffrey Thomas.

Boeing said that the Indonesian National Transportation Safety Committee had "indicated that Lion Air flight 610 experienced erroneous input from one of its AOA (angle of attack) sensors."

Boeing is involved in the ongoing investigation with the Indonesian National Transportation Safety Committee and other government authorities into the Lion Air crash and "continues to cooperate fully and provide technical assistance."

Problems on the last four flights

The Boeing statement comes amid a number of significant developments in the investigation into the fatal airline disaster, following the discovery of Flight 610's flight data recorder last Thursday.

On Tuesday, Indonesian investigators found that the Lion Air flight had a malfunctioning air speed indicator for its last four flights -- and, crucially, at the time of the crash, according to the head of Indonesia's National Transportation Safety Committee (KNKT), Soerjanto Tjahjono.

Investigators who analyzed the flight data recorder after the October 29 crash uncovered the issue, said Tjahjono. The finding is the first technical problem revealed as part of the investigation into why the plane crashed.

"We are formulating, with the NTSB (US National Transportation Safety Board) and Boeing, detailed inspections regarding the airspeed indicator," said Tjahjono, on Tuesday.

"Pilots write in the logbook about the problem they had in the flight, then our technicians fix it and write (what) they did in the logbook," said the Managing Director, adding that technical conversations between pilot and technician regarding the aircraft are written and signed in a document called the Aircraft Flight and Maintenance Log.

However, analysts have asked why the plane wasn't grounded earlier, when the problem with the air speed indicator issue first surfaced.

"The question is why wasn't this plane pulled from service and the problem system removed," said Geoffrey Thomas.

Lion Air Group's Managing Director told CNN that Boeing's maintenance manual does not provide instructions to ground the aircraft, even if they encounter a repeated problem.

Plane was intact when it crashed, investigators say

Lion Air Flight 610 was intact with its engines running when it crashed at high speed into the Java Sea, Tjahjono said Monday.

Tjahjono said that due to the small size of the debris found and loss of the plane's engine blades, investigators determined that Flight 610 did not explode in the air, but was in "good shape" before it crashed 13 minutes after takeoff.

Some of the families of the victims aboard Flight 610 were taken by boat to the crash site location on Tuesday to pray for their loved ones and view the recovery process in-person, Muhammad Syaugi, head of Indonesia's Search and Rescue Agency said.

He said that his team was still working to locate the cockpit voice recorder (CVR), which he believes is buried under the deep mud.

After initially hearing a "ping" from the CVR on Saturday, diving teams could no longer hear a signal from the device.

Meanwhile, the plane's other black box, the flight data recorder, was located Thursday, and investigators said it showed Flight 610 had performed 19 flights -- including its final flight.