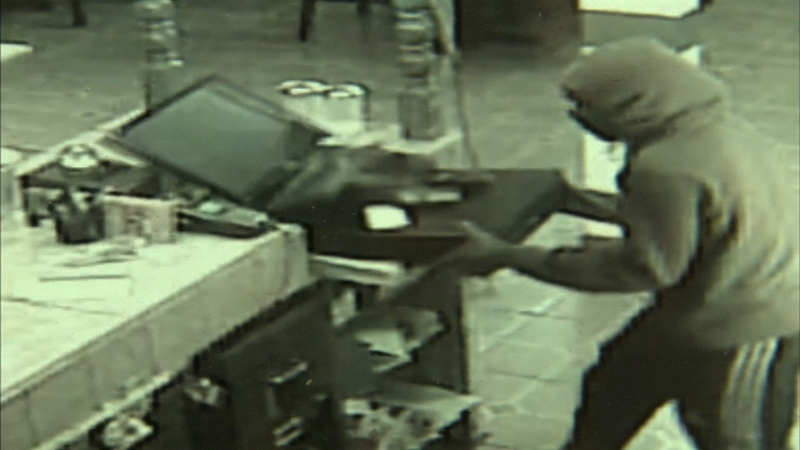 The four businesses are in three different strip malls, just blocks from each other. All of them had working surveillance cameras that captured the suspects in action.

El Authentico Burrito owner David Castelan said between the register system and the cash inside, about $5,000 was lost, but it's the damage left behind that's even more frustrating.

"There was a front window and a front door broken," said Castelan. "Gotta get techs over here to install a new system, and program them and replace the windows which is going to be a while, so hopefully we get the place open."

Juan Lopez's Gigante Bakery has been in this location for 19 years and he has never had anything like this happen to him before:

"I feel bad but there's nothing we can do," Lopez said.

Lopez lost about $500 from the register, but cleaned up and opened the doors right away Friday morning.

Surveillance video shows the burglars throwing what appears to be a brick through the front door. They then ripped a cash register from the counter before getting away.

While the suspects got away for now, the businesses said they're won't let them take more.

"A day lost. They already came in and stole so much, I didn't want them to take a whole day," Castelan said.