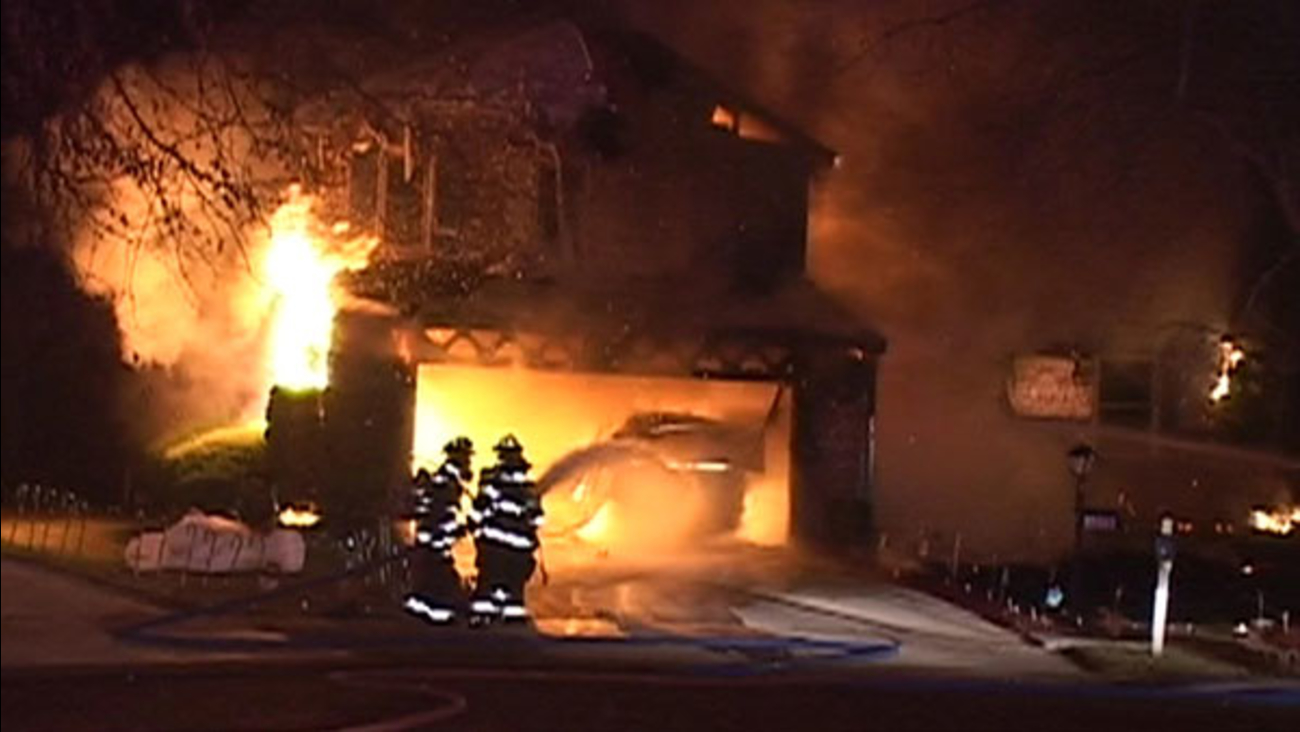 The blaze started around 11:30 p.m. Saturday in the garage of a home on Churchill Drive, officials said.

Neighbors, who called 911, say the owner operates a daycare out of the home during the week.

"I didn't know where she went, because all I saw was flames and the car was exploding too," said Jajzmin Aldana, a neighbor.