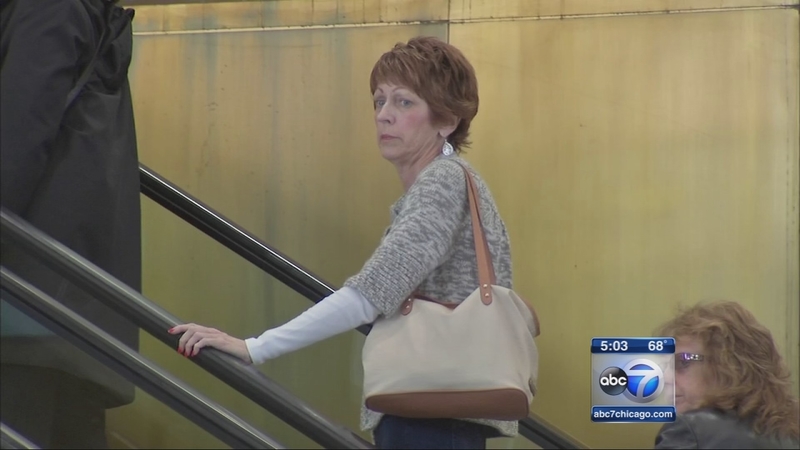 SCHAUMBURG, Ill. (WLS) -- Schaumburg mother Bonnie Liltz made an emotional plea at her sentencing hearing Wednesday. She is hoping a judge will not send her to prison for taking the life of her severely disabled daughter.

Liltz, 56, arrived at court surrounded by friends and family, all of whom support her, and many of whom testified that she should not serve time in prison for killing her daughter.

They said Bonnie cared tirelessly for her 27-year-old daughter Courtney, who was profoundly disabled by cerebral palsy and unable to communicate, eat or bathe herself.

Bonnie believed she was near death last May, and she told the court she didn't believe anyone would care for her daughter when she was gone.

In court, she read a statement to the judge: "I had no one to fill my shoes. And the thought of her living in an institution was more than I could bear. The only place I knew she would be safe and happy was in heaven with me. I pray every day some day we will be together again."

Her attorney told the judge Liltz suffers from cancer and she believed her death was imminent on the night she admits giving her daughter a lethal dose of pills. She also took them herself in an apparent suicide attempt.

Her attorney says the murder was an act of compassion and love from a woman who devoted her entire life to her daughter.

"She couldn't bear the thought of her child sitting in her own filth, sitting in clothes that were covered with drool, wet-haired, dirty, and pushed into a corner," said Thomas Glasgow, Liltz' attorney.

Liltz' mother also testified, saying that Bonnie's punishment is living without her daughter.

Prosecutors asked for a sentence of four years' probation. The judge could give her anywhere from probation up to 14 years in prison.

The judge said he will issue his sentence next Wednesday.