'Boston Yeti' emerges as the star of 2015 Blizzard 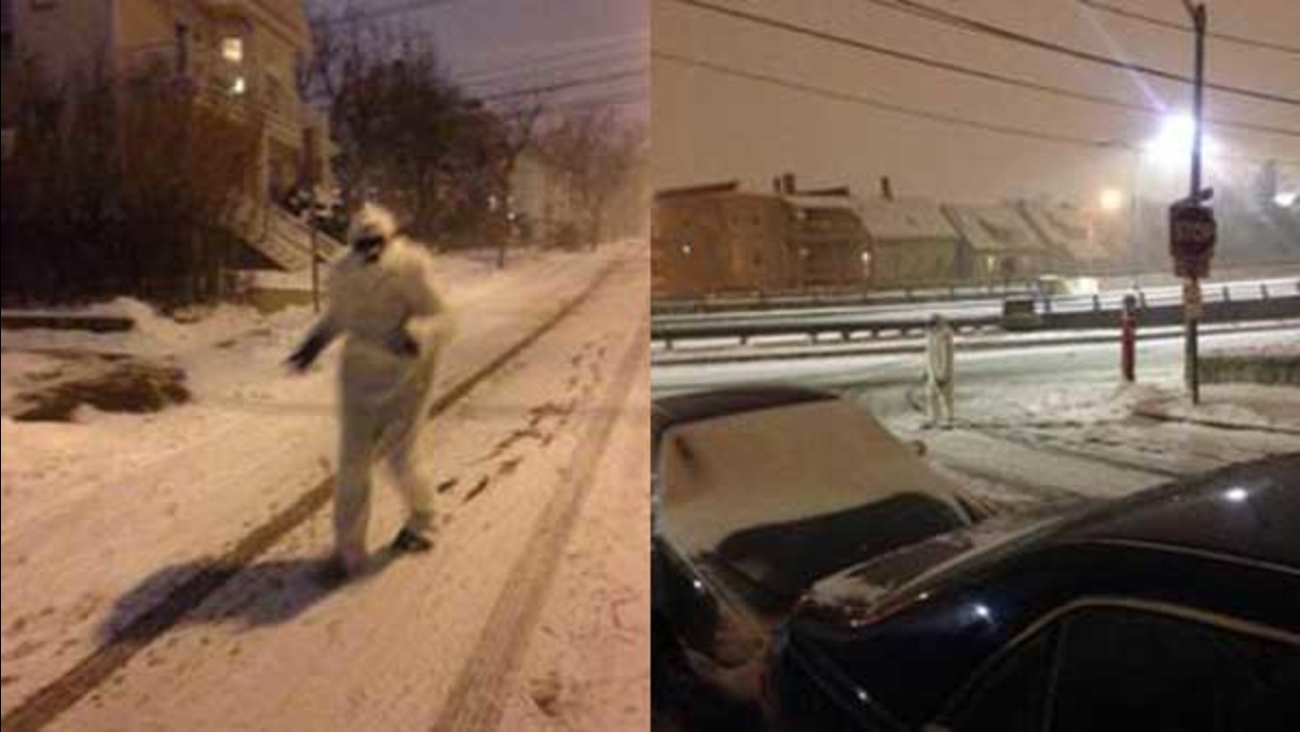 BOSTON, Mass. -- The Blizzard of 2015 has been dropping some heavy snow in parts of the Northeast, but some social media users have figured out how to make light of the situation.

The 'Boston Yeti' has been spotted roaming the streets of the Somerville neighborhood of Boston, creating online buzz of mythical proportions. 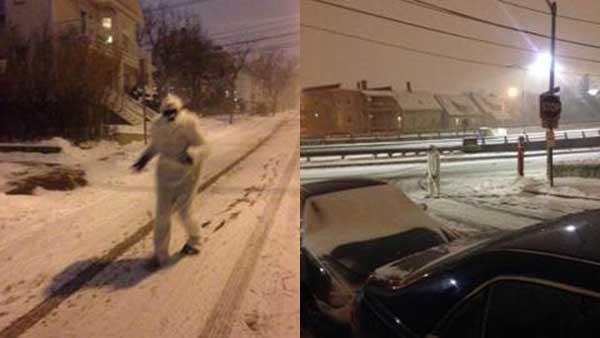 'Yeti' seen wandering Boston streets in storm
When everyone else stays inside away from the storm, one mythical Massachusetts resident comes out to play.

Though blurry when it has been captured in photos, the Yeti is quite tangible. And quite...human-like.

Yes, it knows how to hail a cab. And use Twitter.

The origins of the Yeti are not clear. Is it the same Yeti, also known as the abominable snowman, that is said to inhabit the Himalayas?

The Yeti told ABC News a little about its childhood, saying it "was raised and educated by the woods."

Some Bostonians were stoked to see that the Yeti had chosen to emerge in their city, while others were far from surprised.

So is the yeti friend or foe? One fan speculated that it came out to help those affected by the blizzard.

Another, though, wouldn't want to cross paths with it. Especially if it was somehow crossed with a tornado to create a 'Yeti-nado.'

Still others think they may have found the Deflate Gate culprit.

So how will the yeti spend the second day of the blizzard? Saving the city and staying elusive, of course.

@BostonYeti2015 If you stop a crime, you'll be a real live superhero

@amek33 Tomorrow this will be my goal! That, and to remain blurry in all photos.