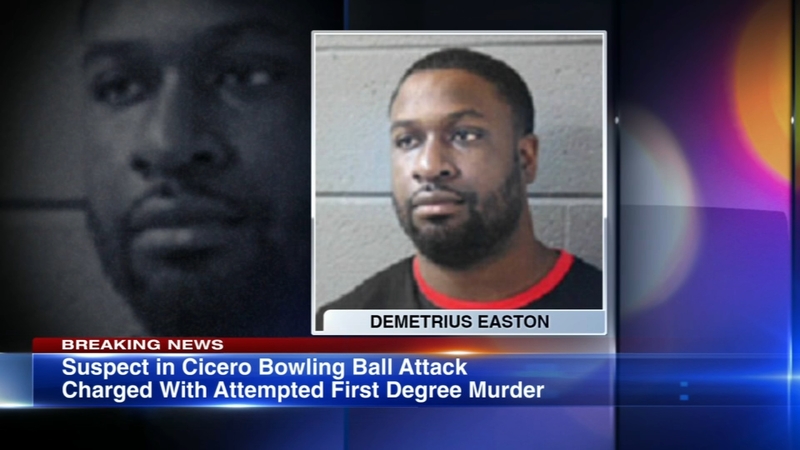 CICERO, Ill. (WLS) -- A man has been arrested and charged after police said he allegedly threw a bowling ball at another man's head during a fight in September, causing serious injuries.

Demetrius Easton has been charged with attempted first degree murder for the incident on September 4. Police said Easton was involved in a brawl at Town Hall Bowl in Cicero. Video of the brawl posted to social media shows a man, who Cicero police said they identified as Easton, raising a 14-lbs. bowling ball and slamming it down on 28-year-old Diamante Williams' head.

The fight broke out during an open bowl promotional night. Cicero police said the night has sparked trouble in the past.

Diamante Williams suffered a skull fracture and subdural hematoma, and had to be placed in a medically induced coma to help with his recovery.