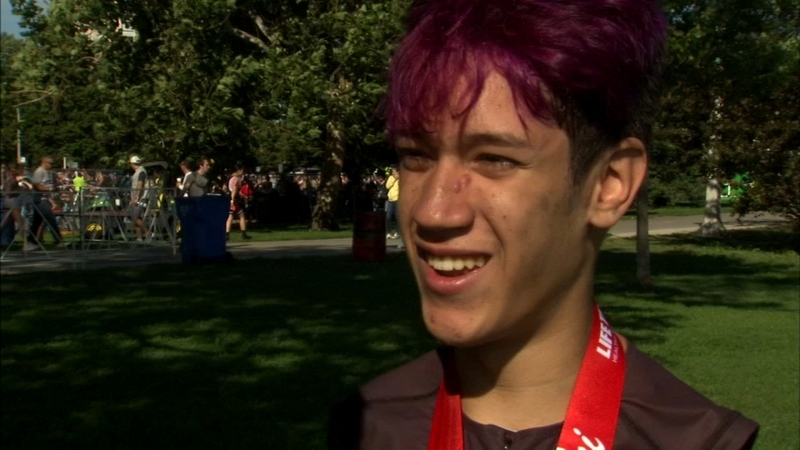 CHICAGO (WLS) -- With waves crashing on Foster Beach as the starting horn blared, Tim Bannon energetically rushed into the water for the start of the LifeTime Kids Tri.