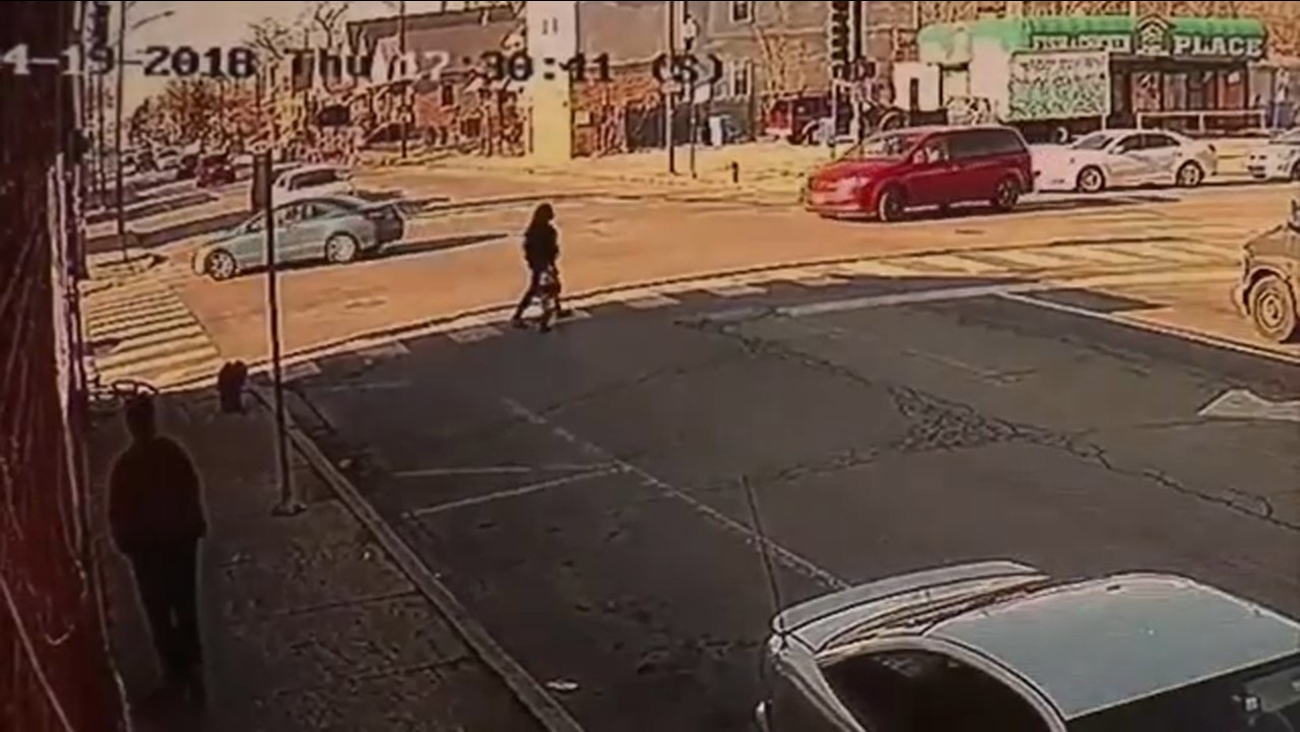 A surveillance image showing a 2-year-old boy and a woman before they were struck by a minivan at 71st Street and Damen Avenue Thursday.

CHICAGO (WLS) -- Chicago police said Friday that a 69-year-old woman was cited after a 2-year-old boy was struck and killed by a minivan in the city's West Englewood neighborhood.

The boy was trying to cross the street with a woman around 5:30 p.m. Thursday when they were both hit by a red van at 71st Street and Damen Avenue.

Police said the boy was taken to Christ Medical Center in Oak Lawn in critical condition and died at 9:45 p.m. Thursday. The boy was identified to the Cook County Medical Examiner's Office as Kiare Woods.

Surveillance cameras from a convenience store at the intersection show a red minivan waiting at the light.

"She waited, it turned, she went," said Albert Jones, who works across the street.

At the very moment the woman began crossing the street with the child, the minivan driver made the left turn, cameras show a woman and young boy stepping into the crosswalk.

"I was in the back and when I heard a lot of hollering I came outside," Jones said. "I'm pretty sure she didn't see the people crossing the street because it wasn't time for them to cross yet. They had to wait on their time to cross."

The woman and boy had just walked out of the convenience store together.

The woman hurt her arm. Police are still investigating, but said the minivan driver did stay at the scene.

The 69-year-old female driver was issued two citations for failure to exercise due care to a pedestrian in the roadway.
Report a correction or typo
Related topics:
west englewoodchicagocar crashtraffic fatalitiescar accidentpedestrian strucktoddlerchild killed
Copyright © 2021 WLS-TV. All Rights Reserved.
RELATED 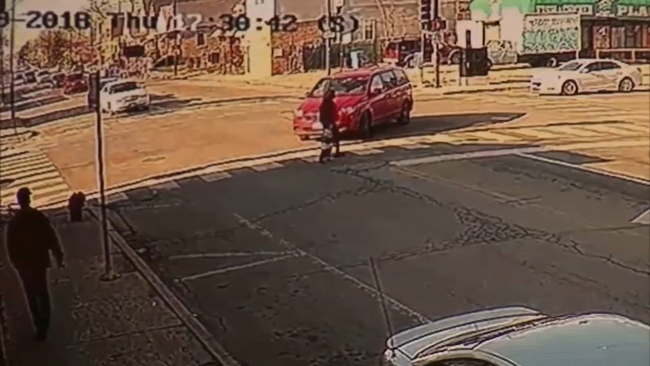