Boy, 3, shot in head, critically injured in Back of the Yards 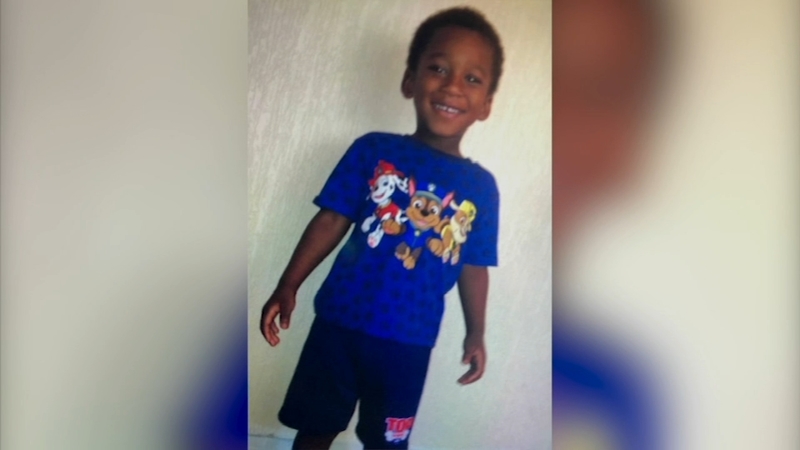 Boy, 3, shot in head, critically injured in Back of the Yards

CHICAGO (WLS) -- A 3-year-old boy was shot in the head and critically injured while sitting in a parked car with his mother and two other children Sunday night in the Back of the Yards neighborhood, Chicago police said.

The shooting occurred around 11:40 p.m. in the 5200-block of South Peoria Street, where at least a dozen shell casings could be seen in the street.

Police said three male suspects walked up to the parked car and started shooting. The target and the motive of the shooting are still unclear, but in the hail of gunfire, a three year old boy was shot in the head.

His mother drove him to 55th and Halsted streets where she flagged down and unmarked Chicago police car.

The boy was transported to Comer Children's Hospital in critical condition. Family identified the boy as King Goodman and said his condition has stabilized after having surgery Monday morning.

Officers could be seen investigating a car blocked off with crime scene tape at a gas station at Halsted and Garfield Boulevard. The car had bullet damage to the rear passenger's side, where a window was shattered near a child's car seat.

Area residents upset that the violence has gone too far.

"We watched this unfold in the last 15 years and it's only going backwards and they're not doing anything to make it go forwards," said Floyd, a neighbor.

Police went door to door passing out fliers in the neighborhood, hoping to generate tips. One resident woke up to find her rear windshield shattered by bullets from the shooting.

In an unrelated incident, the shooting occurred in the same block where 18-year-old Treja Kelley, who was pregnant, was shot and killed back in September, not long after she testified in a murder trial.

"We talk put the guns down. We're marching for peace, with peace and as soon as it's over we're back to the same routine. What is the answer?" said resident Keith Kysel.

Police said King's mother just got out of federal prison on drug charges. They are looking into her past and to see if anything could be related as they try to track down a motive and the shooter in the case.

Area Central detectives are investigating. No one is in custody.
Report a correction or typo
Related topics:
back of the yardschicagochicago shootingchicago crimechild shot
Copyright © 2021 WLS-TV. All Rights Reserved.
More Videos
From CNN Newsource affiliates
TOP STORIES