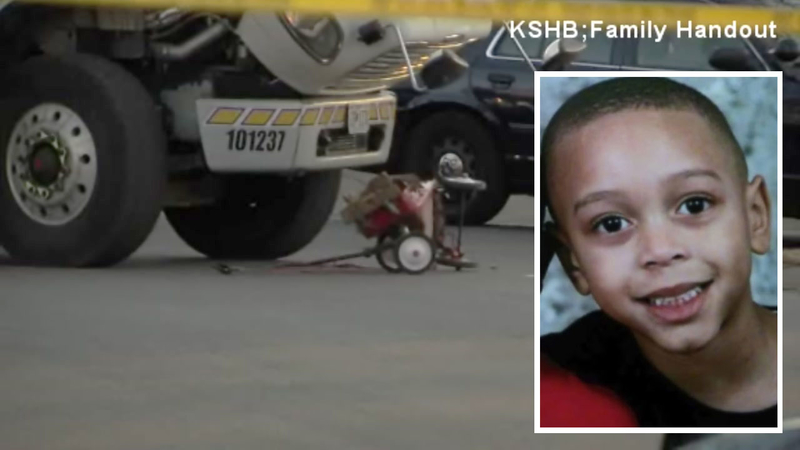 KANSAS CITY, Mo. -- A family is mourning after an 8-year-old boy was killed by a garbage truck in front of his grandparents' home.

Dra'Viontay Baker and a friend were pulling a red Radio Flyer wagon in front of the house around 3:30 p.m., when the garbage truck turned down the street.

Investigators said the driver hit the boy, sending the boy flying beneath the truck, KSHB-TV reports.

Dra'Viontay was rushed to a Kansas City hospital, where he died. His friend had minor injuries, but was expected to survive.

The driver was not under the influence when he struck the boy, according to officers who were investigating the crash.

Dra-Viontay's father said he was the eldest of six children, and his mother's only child.

Now they'll face the Christmas holidays without the 8-year-old by their side.

Shemar Chatmon is a family friend who remembered the boy was always riding his bike up and down the street or playing basketball.

"He was full of joy," Chatmon said. "He always had a smile on his face."

A 41-year resident of the street, Clarence Hickman, said he's never seen anything like this happen before.