5-year-old boy wounded in shooting that killed father: 'I was amazed by his bravery' 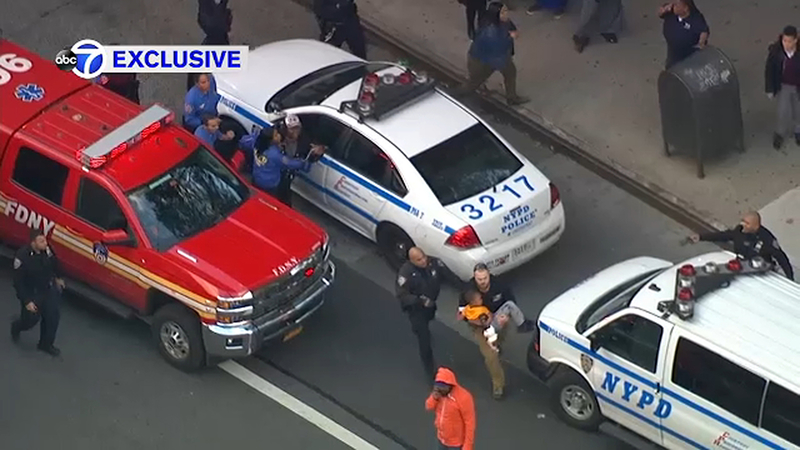 CLAREMONT, Bronx -- A father was killed and his 5-year-old son wounded in a shooting in the Bronx Tuesday.

It happened at about 4:30 p.m. on the sixth floor at the Butler Houses, a NYCHA project on Webster Avenue in the Claremont section.

A police lieutenant removed his belt to use as a tourniquet to help the child, who was shot in the right forearm.

Dym is a Marine who served in Iraq and is trained in the use of battlefield tourniquets. He didn't expect to improvise one on a toddler in the Bronx.

"Immediately I saw the urgency," said Dym. "I removed my belt from my waistband and provided a tourniquet to his arm as they were applying the pressure."

Exclusive video from NewsCopter 7 showed the boy being held by first responders and taken to a waiting police car.

"Gun violence is never tolerated in our city," said Chief James Secreto of the NYPD Housing Bureau. "It's especially troubling when it's fatal and when it involves a young innocent child."

Millien had just picked up his son at school when they went to visit someone in the building. Police sources say the gunman appeared to be targeting the father specifically, and fired at least three shots.

It is not clear whether the son was an intended target as well.

"At this early stage of the investigation detectives are speaking with residents and conducting a video canvass of the area," said Secreto.

But the first priority for police was to save the little boy.