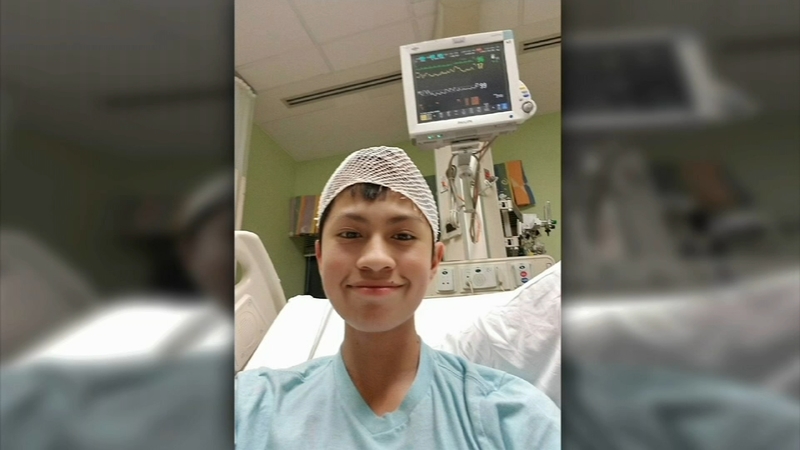 CHICAGO (WLS) -- A 15-year-old boy is recovering after being struck by a bullet while riding a CTA bus home from school, and his family spoke with ABC 7 Eyewitness News.

Ulises Triano is recovering at Christ Hospital after the bullet grazed his head. Doctors said he still has fragments of bullets in his skull, but he is talking, laughing and doing better than yesterday. Doctors said they are not removing those bullet fragments for now and are monitoring him closely. His family hopes he may go home as soon as Friday.

His sister, Marisol Triano, keeps having one thought.

"That bullet wasn't supposed to shoot him," she said.

Ulises is Marisol's older brother. He was riding the bus home from school at the prestigious Walter Payton College Prep. As the 94 bus crossed 63rd Street on California, just a block from his home, police said a bullet shattered the window by his seat.

"Because it was kind of raining yesterday he thought it was lightning that hit the ground, but then he saw that blood was coming down from his head so he was really scared," Marisol said.

He didn't even realize he had been shot.

"Not until the ambulance came," she said.

His father said he got the worst kind of call at work.

"Then they tell me, 'Your son get shot,' and I say, 'How?' They didn't explain to me what was happening," Jose Triano said.

At that point, it didn't matter.

Ulises' sister said she only had one question.