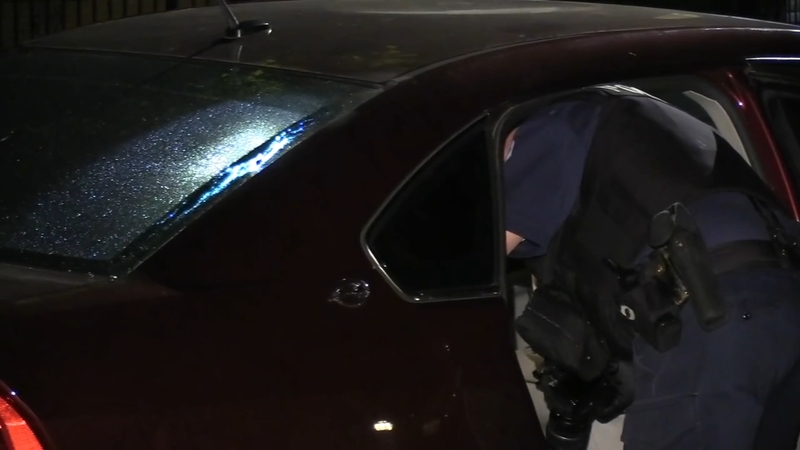 CHICAGO (WLS) -- Chicago police are looking for a suspect who shot a 9-year-old boy while he was riding in a car with relatives on the city's South Side.

The shooting occurred Friday at about 11:30 p.m. in Chicago's Gresham neighborhood. The boy was riding in the back seat of a car driven by his 21-year-old uncle at the time.

They were on their way to pick up a cousin from a high school homecoming event, but it was as the group headed home that a gunman ran toward them and opened fire. The shooting occurred in the 7700 block of South Paulina.

"Somebody with a black hoodie approached the vehicle and shot the vehicle up," the boy's mother told ABC7. "My son was like, 'I got shot, I got shot.'"

The attack happened just as the block held a vigil for another life lost to gun violence.

Adeline Bracey, who's lived in the neighborhood for 45 years, said she hears gunfire almost every day.

"It's actually really sad to say. It's almost like a war zone," Bracey said.

Panicked and scared, the trio finally stopped a few blocks away and called for help.

The fourth-grade student survived and was rushed to a nearby hospital with a gunshot wound to the elbow. No one else in the car was hurt.

The boy's mother said her son is in shock.

"If you have doorbell cameras on your door bells, give that video footage to Area South detectives or any surveillance that's on the homes," Holmes said.

Meanwhile, the boy's mother said she feels blessed that her son is still alive.