Teen arrested in connection with shooting at party where Bradley University student, man were killed

A boy, 16, is being held in connection with the murder of a Bradley University student and a 22-year-old man.

CHICAGO (WLS) -- A 16-year-old boy has been arrested with a shooting at a party where a Bradley University freshman from Chicago and a man were killed early Sunday in an off-campus shooting in Peoria.

The man, 22-year-old Anthony Polnitz, and Nasjay Murry, 18, were killed at a residence in Peoria.

Murry and Polnitz were pronounced dead at the scene, police said.

A third victim, a woman, was taken to a local hospital with a non-life threatening gunshot injury.

Peoria police say there was no struggle as they arrested the suspect. It is unclear whether he will be charged as an adult.

Murry was studying biomedical science and wanted to be a doctor.

"It just seems like everything...everything was just a waste," Tarrano Murry, Nasjay's father, said. "She worked so hard. You know. Her mom worked so hard to have things right for her. And everything just went down the drain over some nonsense."

Tarrano Murry said the arrest had given him some closure, but Nasjay's grandmother, Patricia Hill, said it is still hard to move on.

"I thought nothing was going to hold her back," said Murry's cousin April Hill. "She was going to keep going and surpass all of us and do things that we were not able to do."

Murry graduated from King College Prep High School, where she was a member of the band and National Honor Society.

Hill said Murry's family had hoped she would be safer away from Chicago's South Side.

"That's the thing, I talk to her mother, her biggest concern is about her children," Hill said. "She thinks about, 'oh, Chicago is not safe, and Nasjay is going to college to do great things,' and to have this come and slap us in the face...It's surreal."

King College Prep Assistant Principal Lynda Parker said that Murry is not the first student from their school to be shot and killed.

"It just brings light to the fact that these events do not just happen to people who we believe are unsavory," Parker said. "This is an extraordinary young lady who had the potential to be anything. She was going to be a gynecologist."

Peoria police did not have any information on a suspect Sunday afternoon.

Peoria police did not identify the victims, but a tweet from Bradley University's official account identified Murry as a student and a victim in the shooting.

David Narain, principal of King College Prep in Chicago, identified Murry as a 2017 alumna of the school.

"I have nothing but fond memories of KCP Class of 2017 alumnus Nasjay Murry. A devastating and tragic loss," Narain said in a tweet.

Bradley University, located about 160 miles southwest of Chicago, will fly their campus flags at half-staff for three days in Murry's honor.

The Associated Press contributed to this reporting. 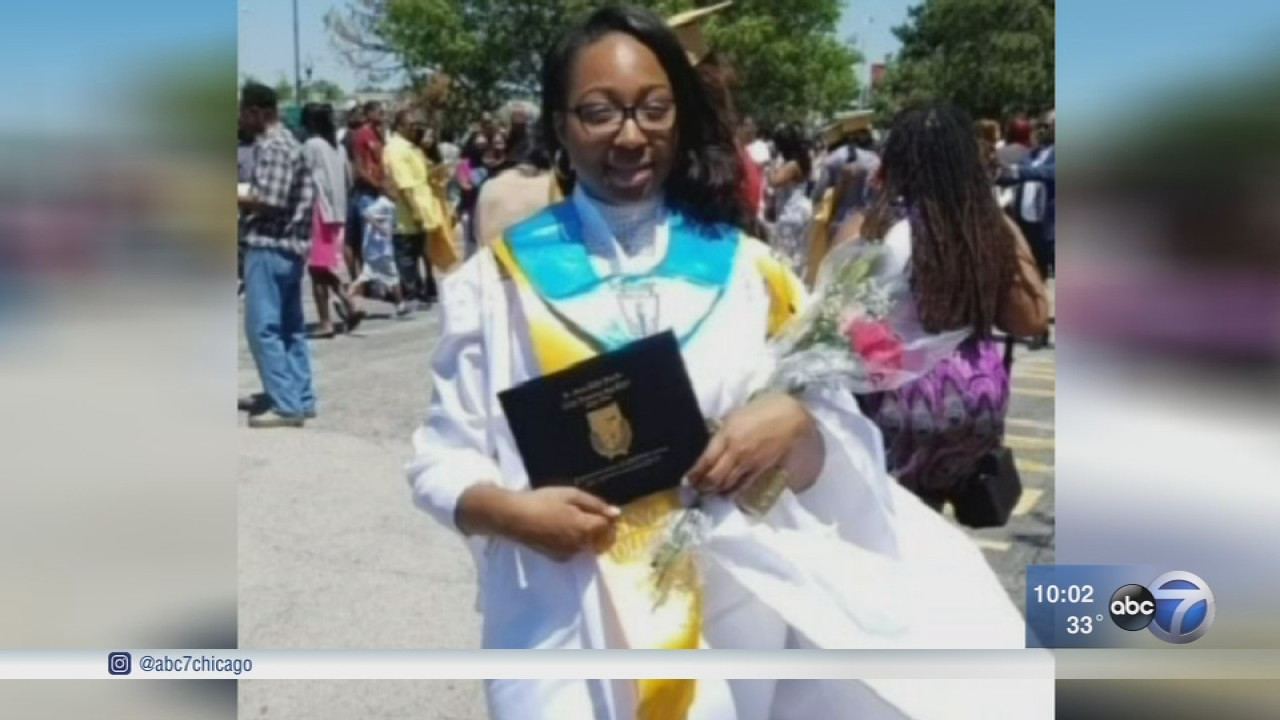