Brawl breaks out after Little League game in Canaryville 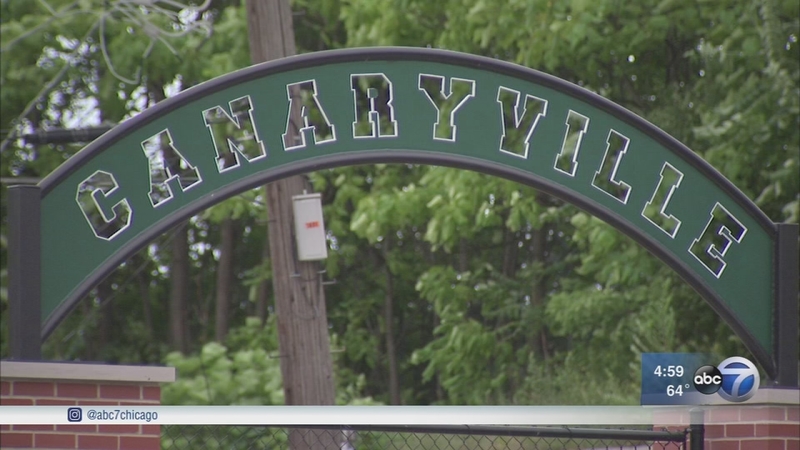 Brawl breaks out after little league game in Canaryville

CHICAGO (WLS) -- A massive fight involving Little League parents was captured on video. The confrontation occurred after a playoff game on Monday night.

It happened outside the Canaryville Little League ballpark on Chicago's South Side.

Pepper spray and even bats were used during the brawl.

A brutal brawl in front of children, right near a Little League game.

"Punching, screaming, they were swinging bats. Someone with an oxygen tank was swinging it around," said Bobby Connolly, another young witness.

Now, a Chicago aldermen's office says a new security plan at the Canaryville Little League field will be put in place after the fight.

Residents say the instigators were from outside the neighborhood.

"It is a nice park and kids should be able to play. And then when people come from out of the neighborhood, they're the ones who ruin it, over name calling," said Kristi Lustro, a life-long Canaryville resident.

Chicago Police say no one has been arrested because officers were unable to determine who started the fight.

Katie Connolly, who was out riding bikes with her neighborhood friends, was running a lemonade stand at the time.

"I don't know why they would come here and fight because this is where all the kids play," said Katie Connolly, a witness.

Ultimately, an adult problem that doesn't make sense to her or her little brother.