Brayden Smith, who died at 24, was one of the last "Jeopardy!" contestants to appear with host Alex Trebek.
AP 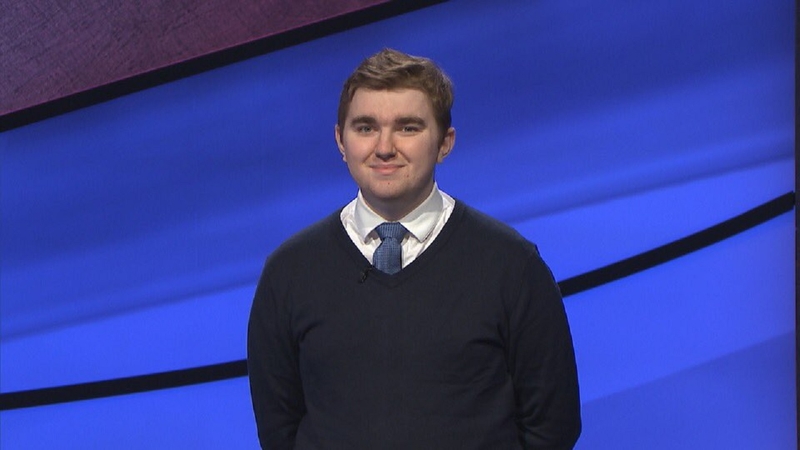 LAS VEGAS -- The parents of a five-time champion on the game show "Jeopardy!" are accusing a Las Vegas-area hospital where he underwent abdominal surgery of causing his death in February 2021.

Brayden Smith, who died at 24, was one of the last "Jeopardy!" contestants to appear with host Alex Trebek before Trebek died in November 2020 after battling pancreatic cancer. Trebek was 80.

We are heartbroken to share that our dear Brayden Smith recently passed away unexpectedly. We are so grateful that Brayden was able to live out his dream on @jeopardy. pic.twitter.com/e5x18xGcxV

The 14-page civil complaint and affidavits from two doctors and a nurse allege negligence and medical malpractice. The case seeks unspecified compensatory and punitive damages greater than $15,000.

Dignity Health was "reviewing the case but do not comment on pending litigation," company spokesman Gordon Absher said Tuesday.

"This case is not just about death," said Robert Murdock, an attorney for the parents. "Brayden suffered before he died because the hospital, its nurses, and the home health nurse failed to teach and take care of this young man with a new ostomy.

Smith suffered from ulcerative colitis and underwent surgery in January 2021 at St. Rose to remove his colon, according to the court filing. It said he was sent home for recuperation but collapsed three weeks later and was hospitalized again before he died of blood clots in his lungs.

The lawsuit alleges that Smith was never given anticoagulants after surgery and accuses doctors and nurses who treated him of failing to meet medical standards of care.

Smith was a graduate of the University of Nevada, Las Vegas, a National Merit Scholar semifinalist and Quiz Bowl veteran, the Las Vegas Review-Journal reported.

He earned $115,798 during his "Jeopardy!" winning streak and Las Vegas residents closely followed his victories.