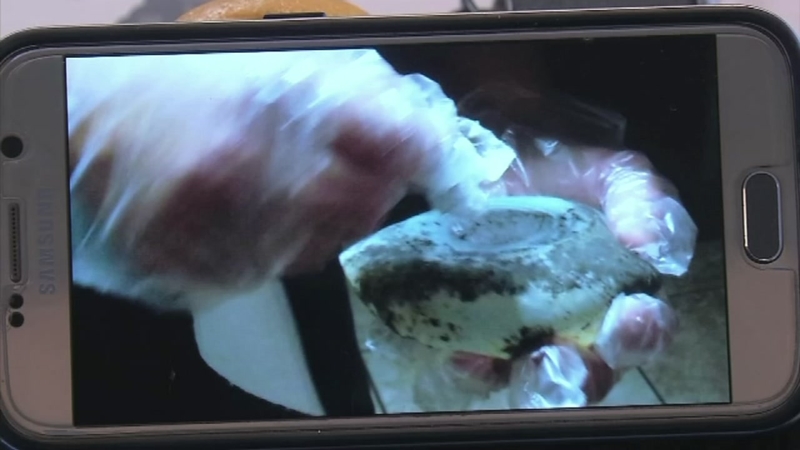 SHALIMAR,FL -- Anne Ziegenhorn says she was not surprised when her body began to fall apart after years of unblemished health. The culprit, she says, were on her chest the entire time: her breast implants.

The Shalimar, Florida woman told WEAR-TV it all started in 2011 when she began gaining weight, losing her vision, and experiencing a burning pain.

Sores began to appear on her body and she says her mental state began to deteriorate.

"I felt like that was it, I was gonna die, and the doctors were gonna let me die," Ziegenhorn says.

Doctors misdiagnosed Ziegenhorn with lupus, arthritis, and thyroid problems before they discovered what she says is the true cause of all these maladies.

"Silicone sickness in and of itself is one entity," Ziegenhorn says. "And then you add the mold to it that we had, and then you've got two illnesses going on."

Ziegenhorn says doctors who removed her saline breast implants discovered they were covered in mold.

The mold growth was likely from defective valves, says Dr. Susan Kolb, author of "The Naked Truth About Breast Implants."

"My experience in doing this for 30 years is that eventually everybody will become ill from their breast implants, unless they die sooner from something else," Kolb says.

Kolb, who has implants herself, says she's not against having them but cautions women need to replace them every eight to 15 years for safety.

Ziegenhorn, who is now part of a support group for women who have suffered from silicone sickness, says she hopes her story will help highlight the women's health issue.