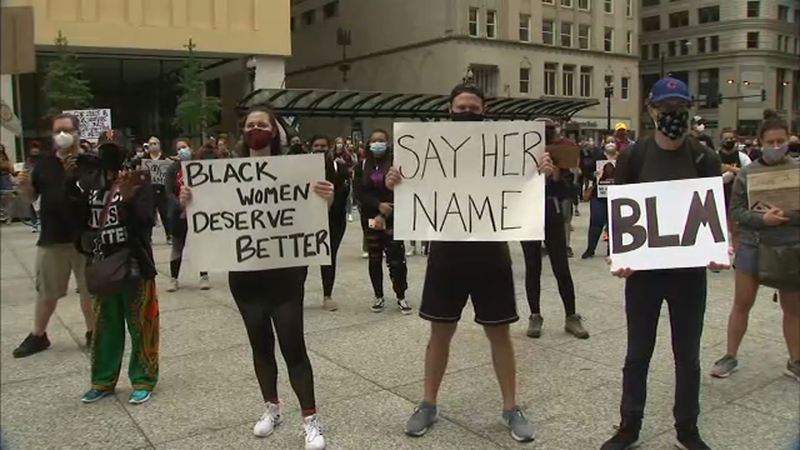 CHICAGO (WLS) -- A few hundred people came together in Daley Plaza to call for justice for Breonna Taylor Saturday afternoon.

"I have five bi-racial children and it's important to me my children are allowed to live a life regardless of color and it's just a shame we're still talking about this many many many years after Martin Luther King marched," said Jasmine Carter.

Three days after a grand jury in Louisville declined to charge two of the three white police officers involved in Breonna Taylor's shooting death last March while executing a no-knock warrant on her apartment late into the night, it is clear the anger is still raw.

RELATED: In Breonna Taylor's name: Devastation and a search for hope

Rally organizers challenging those present to use their individual power to make a difference for good.

It is a message Kathleen Caliento hopes her 5-year-old daughter will learn sooner rather than later.

"She needs to be aware. She's a young Black woman. Many people ask me is she too young to be around all these issues? The world is not going to wait for her to grow up. So I've got to let her know about them now," Caliento said.

Saturday's rally was also a fundraiser to help organizations led by Black women around the city.