A baby who was hit on the head by a concrete block thrown through the window of Englewood home was released from the hospital on Tuesday morning.

CHICAGO (WLS) -- A baby who was hit on the head by a concrete block thrown through the window of Englewood home was released from the hospital on Tuesday morning. Police are still looking for the rock thrower, they said.

Jamyah Lee, 7 months, suffered two skull fractures, internal bleeding and brain swelling when she was hit by the block on Sunday night. She was held for two days at intensive care at Comer Children's Hospital.

Her family said on Sunday around 8:30 p.m. a 25-year-old man came to the home in the 1400-block of West 73rd Street looking for a woman. When he was told she wasn't there, the man allegedly threw a concrete block through the window of a bedroom. That block struck Jamyah in the head.

"I just heard the window bust and I heard her scream. So I ran in the room. I just stood there, because I was scared. She was just screaming at the top of her lungs," Janica Lee, mother, said.

Police are looking for that 25-year-old man, who knows the family and stayed at their home before.

"There's a lot wrong with people these days. Over nothing, you're throwing a brick at somebody's house and this is not even this girl's house," Dwight Thompson, uncle, said. "It don't make no sense."

Police have not released that man's name, but the family said he has an extensive police record and they have an order of protection against him.

"I know he's gonna get caught. He's running scared. Anybody that harm a baby don't have a heart," Patricia Hicks, grandmother, said.

While Jamyah was released from the hospital Tuesday, she will be back for more tests in coming days and may be on seizure medication the rest of her life, her family said.

"The bleeding stopped in her head, but now she has a blood clot. She's got an IV in her for the medicine so she doesn't have a seizure," Lee said. 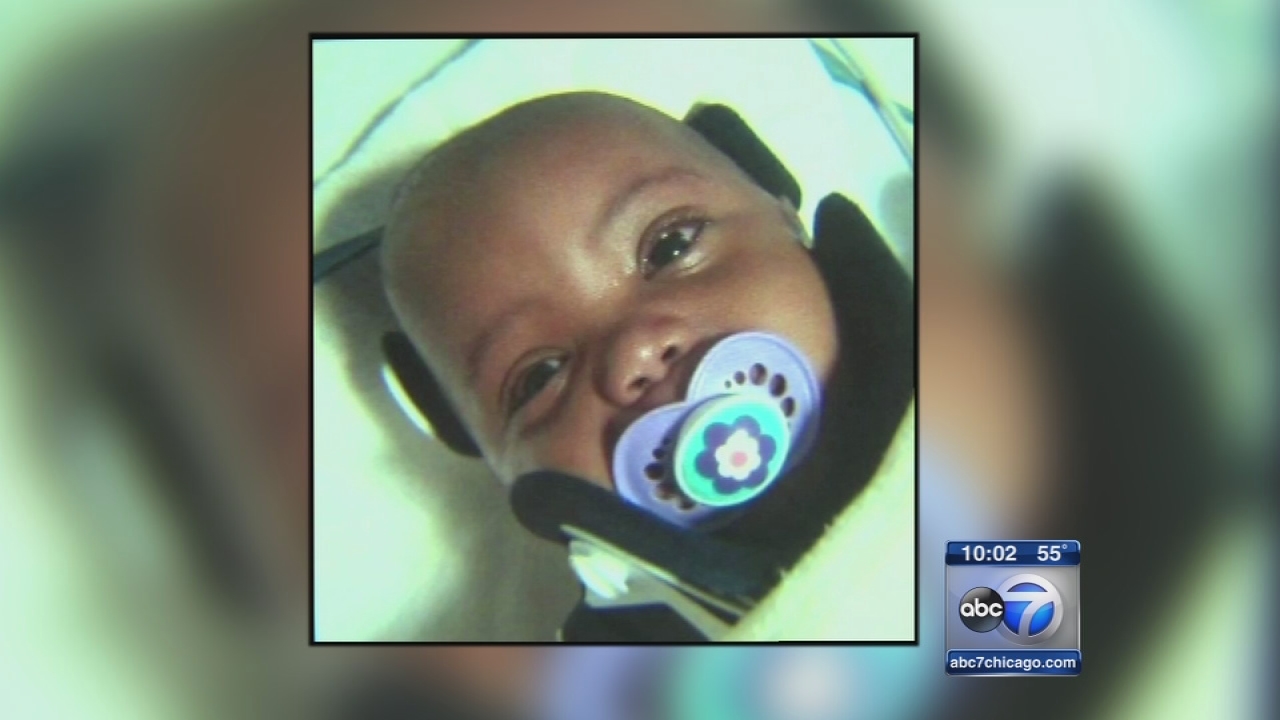 Baby struck by thrown piece of concrete inside Englewood home