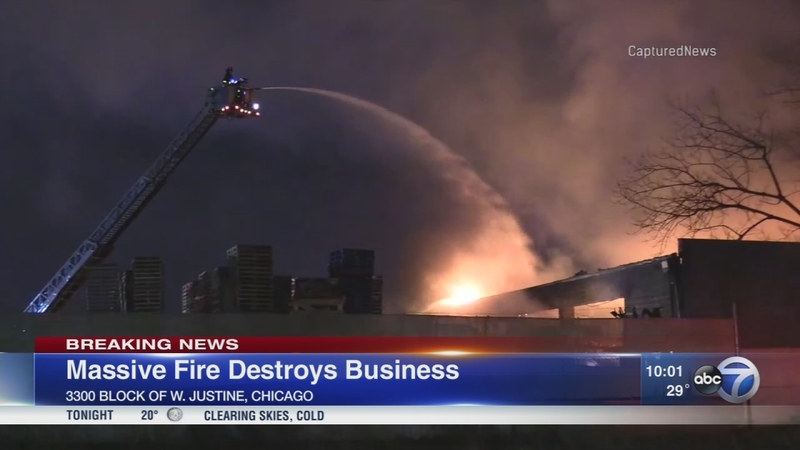 CHICAGO (WLS) -- A massive fire Friday evening collapsed the roof of a Bridgeport recycling plant on the South Side.

Fire officials struck out the fire at the building in the 3300-block of South Justine Avenue and its commercial garage at about 9:20 p.m.

Firefighters found heavy fire had already caused the building's roof to cave in, the fire department said. Small explosions heard coming from inside the building were likely due to fuel stored inside, causing a hazardous materials alarm. The level one hazmat was secured shortly after 9 p.m., officials said.

Fire officials also said small explosions heard inside the garage were likely due to fuel inside.

No injuries have been reported. Fire officials have not released any further details.