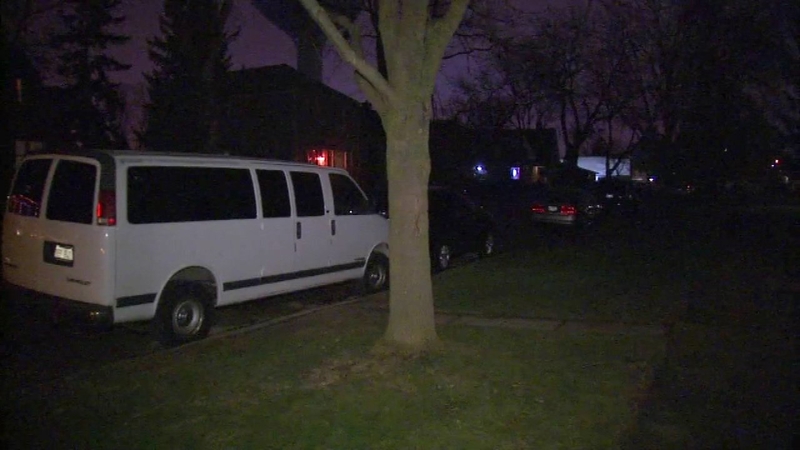 BROOKFIELD, Ill. (WLS) -- A suburban mother and son were followed home and violently robbed in west suburban Brookfield after spending several hours at a casino in Hammond, Ind.

Police said the 71-year-old mother and her 45-year-old son were followed 28 miles from the Horseshoe Casino in Hammond to a residential block in Brookfield before being ambushed by two men at their home early Monday morning.

"They were beaten over the head, both of them, knocked to the ground. While they were on the ground, they were hit some more. He attempted to get up and defend his mom and was knocked down again," said Brookfield Police Chief James Episcopo.

The two robbers, wearing masks and hoodies, demanded money specifically from the casino. The son told police he handed over more than $600.

"My stomach was just turning," said Stan Skarbek, the victim's neighbor. "It's just terrible. Just got to be more vigilant I guess."

Police said they are working to gather surveillance video from the Horseshoe. In the meantime, police are suggesting those visiting casinos be cautious.

"If you're carrying cash, be extra aware of your surroundings," said Episcopo.

The pair were not robbed of casino winnings, they actually lost money at the casino, and what was stolen was the remaining money they had cashed out.
Related topics:
brookfieldhammondrobbery
Copyright © 2022 WLS-TV. All Rights Reserved.
TOP STORIES
Security guard shoots man in buttocks at Millennium Park
9 shot, 2 fatally, on Near North Side
Chicago mass shooting victim ID'd as father of 2, with twins on way
New hotline aims to help those struggling with opioid, substance abuse
Officer relieved of powers after teen carjacking suspect shot: CPD
United cancels couple's flight, charges $4K more for same seats
Teen charged with killing man after kicking him in head in CTA attack
Show More
Great Lakes Piping Plover chick Imani spotted in Minnesota
Doja Cat drops out of Lollapalooza due to throat trouble
Legendary Cubs pitcher 'Fergie' Jenkins immortalized with statue
American Idol finalist Leah Marlene prepares for finale
Bakery works to help others as it serves up sweet treats
More TOP STORIES News