Man shot while waiting for Uber after wedding, police say 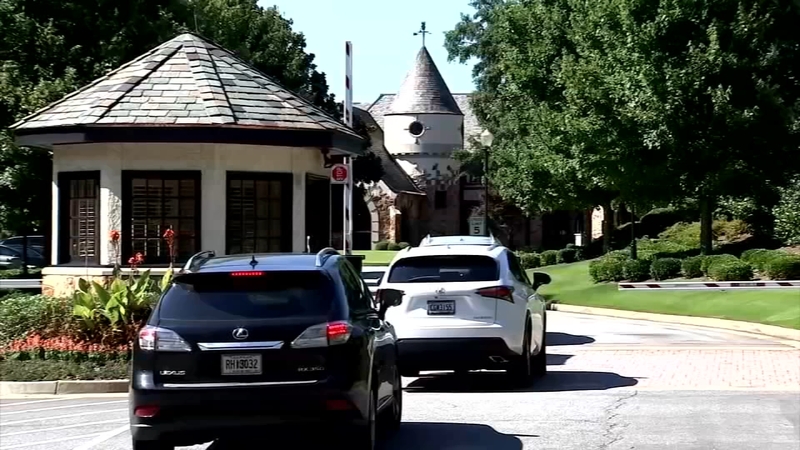 Man shot while waiting for Uber after wedding, police say

BROOKHAVEN, Ga. (WLS) -- Atlanta police are looking for the gunman who shot a man waiting for an Uber.

Police say the victim and other guests were waiting for an Uber after a wedding at the corner of West Brookhaven and Capitol City Lane when a young man got out of a car and tried to rob them.

Jaime Griffon lives in Brookhaven and said it was just after midnight when she and her husband were driving and stopped at at a stop sign at the corner of Capitol City Lane.

"We heard the gunshot off to our left. And we looked over and it was kind of like this quick pause and people started screaming call 911 someone has been shot," Griffon said. "Apparently, they had all been robbed, so they had their wallets and cell phones taken, so when I drove up just as he was being shot, you know, having a cell phone was critical for that moment."

Detectives said the suspect jumped out the passenger side of a car, pointed a gun at the guests and took their belongings.

As the suspect was walking away, police said one of the victims started walking behind him. That's when the gunman turned around and shot the man in the abdomen.

Griffon says the 911 operator walked her through what to do with information she relayed to the victim's friends.

"She said, 'Do you know don't put any water on it put something clean and dry on the wound and apply pressure,'" Griffon said. "It was pretty scary. Really, very scary. We live about 200 yards away,"

Lee Davis shared the same sentiment as others we talked to in the neighborhood. He's hoping the young man is OK and wants more security moving forward.