Former Officer Bruce Dyker resigned from CPD in May
AP 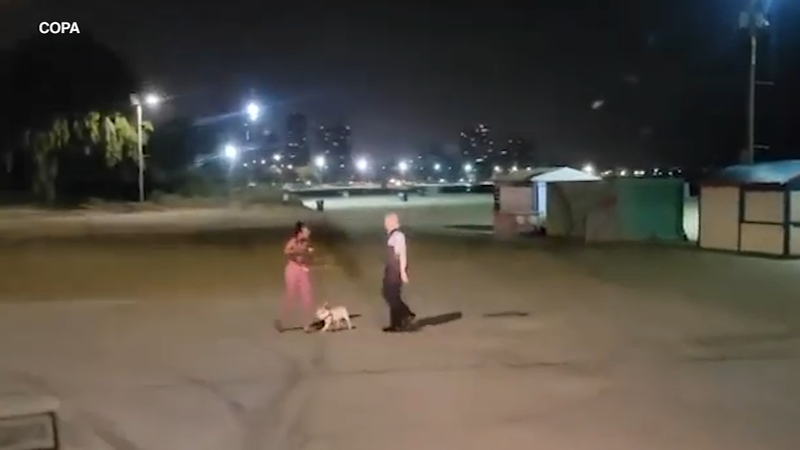 Chicago cop who struggled with Black woman on beach resigns

CHICAGO -- Charges have been filed against a white Chicago police officer captured on video struggling with a Black woman who was walking her dog in a lakefront park.

Officer Bruce Dyker has been charged with official misconduct and aggravated battery in a public way, the Cook County State's Attorney's Office said. He will be in court for arraignment on Thursday.

Dyker, who had been on desk duty since shortly after the incident last summer, left the Chicago Police Department in May before any formal disciplinary action was announced against him, a department spokesperson confirmed last week. He had been a Chicago officer since 1998.

In one video recorded by a bystander, Brown and her dog appear to be walking away from the officer as he follows closely.

Brown repeatedly tells Dyker not to come closer and to back up because he isn't wearing a face mask. But he continues to approach and order her to leave the area because it was closed.

Moments later, the officer appears to reach for Brown's phone and then grabs her as she can be heard yelling, "Let go!" and struggles to break free.

The incident sparked a Civilian Office of Police Accountability investigation, while Mayor Lori Lightfoot said she was "quite disturbed" by the videos.

Attorneys for the woman alleged the encounter became violent and was an "obvious case of racial profiling."

John Catanzara, head of the Fraternal Order of Police chapter that represents rank-and-file Chicago officers, said Dyker would not be available to comment about his resignation.

"Bruce just had enough of the nonsense and scrutiny for doing his job," Catanzara said.

"The FOP President Catanzara's claim that Officer Dyker was 'just doing his job' is just another example of him covering for rogue officers," Gallagher said.