US ambassador to Canada was out of town during Ottawa attack 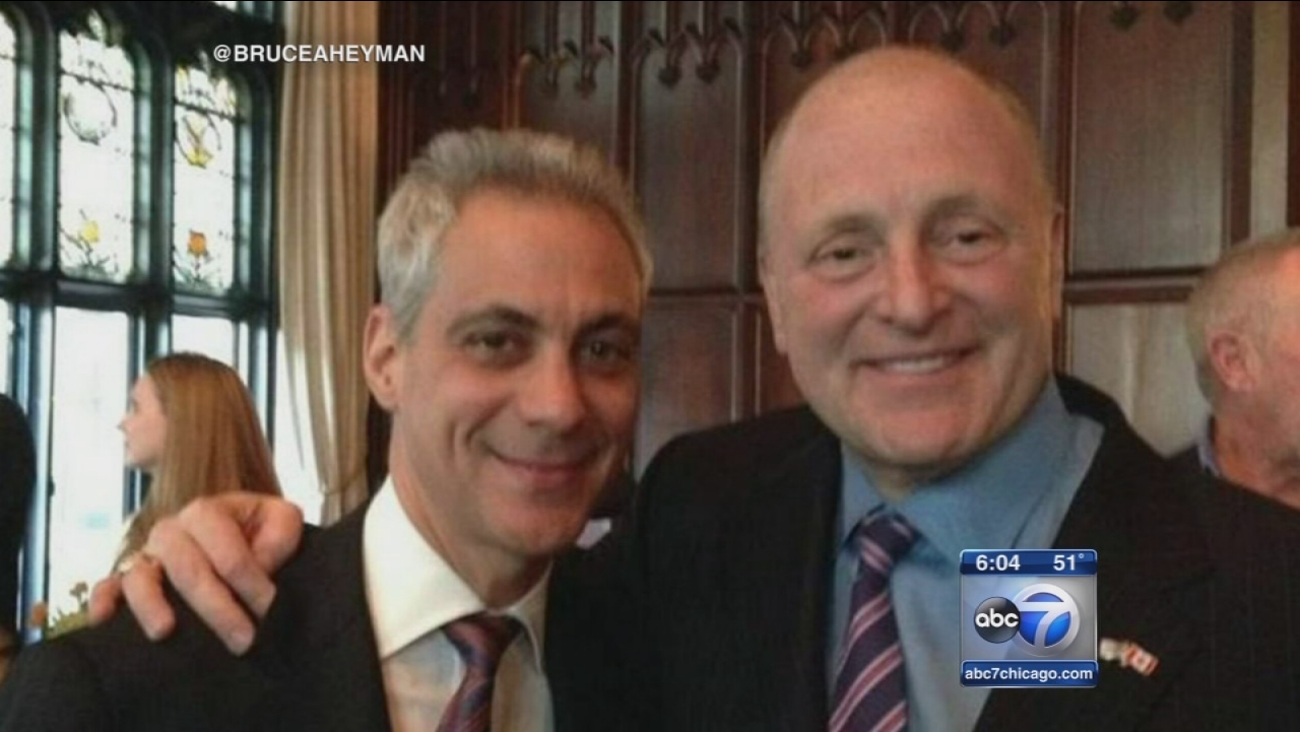 Ambassador Bruce Heyman, a former Chicago investment banker, was not locked down in the Embassy or even in Ottawa, the I-Team has learned. (WLS)

CHICAGO (WLS) -- During the height of the attack on Canada's capital Wednesday, U.S. Ambassador Bruce Heyman retweeted his Embassy's statement that "we are currently on lockdown."

As it turns out, Ambassador Heyman, a former Chicago investment banker, was not locked down in the Embassy or even in Ottawa, the I-Team has learned. It is unclear where he was.

Shortly after the shooting incidents at the Canadian War Memorial and the Parliament building, the I-Team contacted the Embassy and to do a phone or Skype interview with Ambassador Heyman.

We were told by Embassy press assistant Jennifer Young that "the Ambassador is not available for interviews at this time. As far as the situation here in Ottawa, what I can tell you about this evolving situation is that the embassy is currently locked down."

We were not informed by Ms. Young that the ambassador was actually not present and his retweet that "we are currently on lockdown" suggested he was indeed hunkered down with his staff. A woman who answered Ambassador Heyman's cell phone did not say that he was out of the office and took a message which was not returned. Heyman did not respond to emails or social media messages.

On Thursday, after we reported that the ambassador was locked down with the rest of his staff, his public affairs chief Diane Sovereign contacted the I-Team, stating that "the Ambassador was not in the Embassy yesterday and has not returned to Ottawa." Ms. Soveriegn said that they "don't post the Ambassador's location on the Embassy website."

We repeatedly asked Embassy officials for the whereabouts of the ambassador during the incident and whether he was in Chicago. The spokesperson would not say where he was, nor why he wasn't in the Embassy at the time of the attack that occurred about a quarter-mile away. His staff members at the Embassy were on security lockdown for more than eight hours on Wednesday.

Mr. Heyman, a top Democratic fundraiser who still has a family home in Lincoln Park, has only been on the job for seven months as the top U.S. diplomat in Canada.