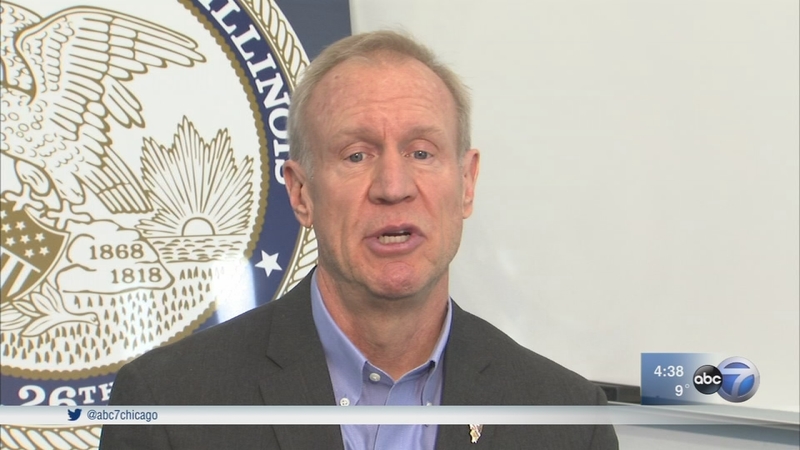 During the noon hour, the governor signed the latest criminal justice reform bill. The measure ensures that released prison inmates have a state I.D. upon release from custody.

"It's extraordinary that we haven't had this law, this rule before. But better late than never," Rauner said.

At the ceremony, Democrats had rare praise for the Republican governor.

"This is real change that's going to affect the lives of many people," said State Rep. LaShawn Ford, D-Chicago.

"I want to thank the Governor for his leadership on this," said State Sen. Kwame Raoul, D-Chicago.

During his first month in office, Rauner formed a criminal justice reform commission. The state I.D. bill and a measure aimed at reducing sentences for non-violent offenders were among the panel's recommendations.

Despite difficulties getting a budget deal with Democrats that includes his economic turnaround agenda, the governor is proud of his criminal justice reforms.

But State Rep. Mary Flowers (D-Chicago) said Thursday's bill signing is overshadowed by Rauner's inability to get a budget deal.

"It was feeling good and looking good for the moment. We need a budget," Flowers said.

During the exclusive one-on-one interview with ABC7, the governor - who demands at the very least term limits and a property tax freeze - again blamed the General Assembly's controlling Democrats for their unwillingness to compromise.

"The leaders on the other side of the aisle, so far, no compromise. They haven't even wanted to negotiate. You can't get an agreement unless both sides want it," Rauner said.