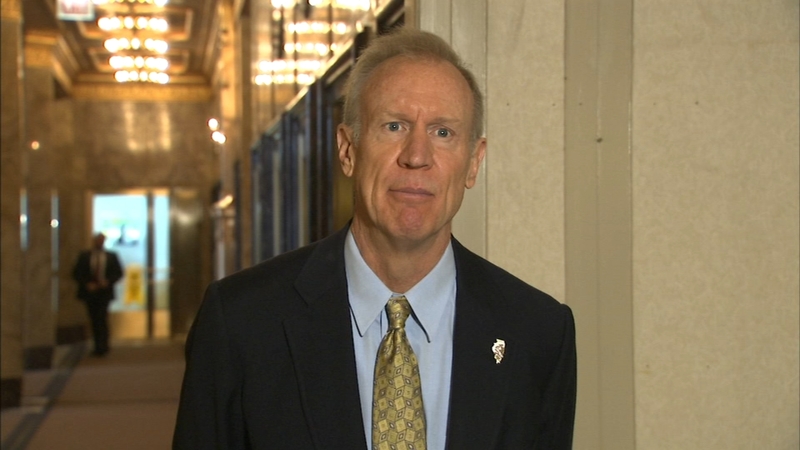 CHICAGO (WLS) -- Governor Bruce Rauner raised a new red flag about a home renovation project by JB Pritzker Monday. This time it's not about tax breaks but the use of non-union labor for a multi-million dollar project.

At issue is a $25 million renovation project Pritzker had done on the Gold Coast mansion where he lives. The project started in 2007, and a lawsuit revealed Pritzker used non-union workers to do demolition, roofing and masonry work.

"JB had minimal involvement in the renovation work and any hiring decisions were made by those dealing with the day-to-day management of the renovation," said Galia Slayen, Pritzker Campaign Communications Director.

Pritzker's brother-in-law Thomas Muenster oversaw the work, but did not respond to a request for comment. Rauner wasn't buying Pritzker's hands-off claims.

"When you're doing a $25 million renovation, you know the scale of who's doing the work and who's involved," Rauner said.

But he conceded that he also has not used only union labor in projects he's had done at his own homes.

"We've used some workers that are union and some not," Rauner said.

In June, the Governor hailed the Supreme Court's landmark ruling which ended the practice of compelling non-union public employees from paying union dues.

Rauner thought this new renovation flap should cost Pritzker's some union endorsements, but those hopes were quickly squashed.

"The Illinois AFL-CIO is 100 percent behind JB Pritzker and we are spending the last 22 days in this election mobilizing our nearly 900,000 members to vote out union-busting Bruce Rauner and his anti-worker agenda," said Mike Carrigan, Illinois AFL-CIO President.