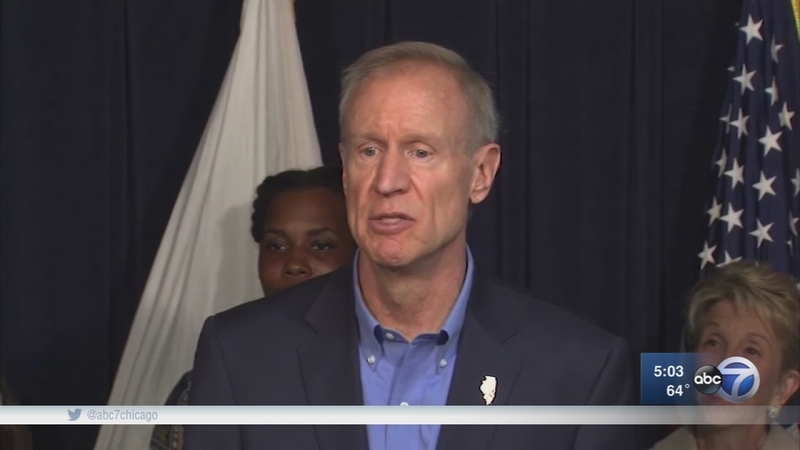 "I am not in charge. I'm trying to be in charge," Rauner said.

Rauner will have to face State Representative Jeanne Ives in the 2018 Republican primary; his only opponent will no longer be his nemesis, House Speaker Madigan.

But Monday Madigan was still the prime target for Rauner's political salvos.

Rauner minced no words as the political primary season officially got underway. His opponent took off the gloves herself.

"He is a traitor to our policies and that's why I'm challenging him," Ives, a well-known conservative state representative, said.

"That's baloney. You know what, political attacks are part of the process," Rauner responded.

The governor also took a shot at the bible of conservatism, National Review, which labeled Rauner the "Worst Republican Governor in America" in its most recent issue.

"That's not journalism, that's a political hit piece," he insisted.

Ives said she got into the race because of how Rauner handled the budget, because he passed the Sanctuary State Law, and most important for his decision to sign HB-40 which authorized tax payer-funded abortions, a bill he had previously promised to veto.

"The decision came when, after HB 40, that was the last straw," she said. "And colleagues and people from around the state started calling me and said 'We need someone to stand up to him,' because Republicans hold Republicans accountable."

"It doesn't matter how much money you have, in the end you cannot buy back your trust after betrayal. So Rauner is going to spend a lot of money paying high-priced consultants to try and tell people that he is somebody who he is not," Ives said.

Who he is not, Rauner said, is the one to blame for not getting key agenda items - like property tax relief and term limits - passed. Those failures he blamed on Speaker Madigan.

The governor boldly predicted Monday that he will win the general election, and in essence called Ives a fringe candidate.