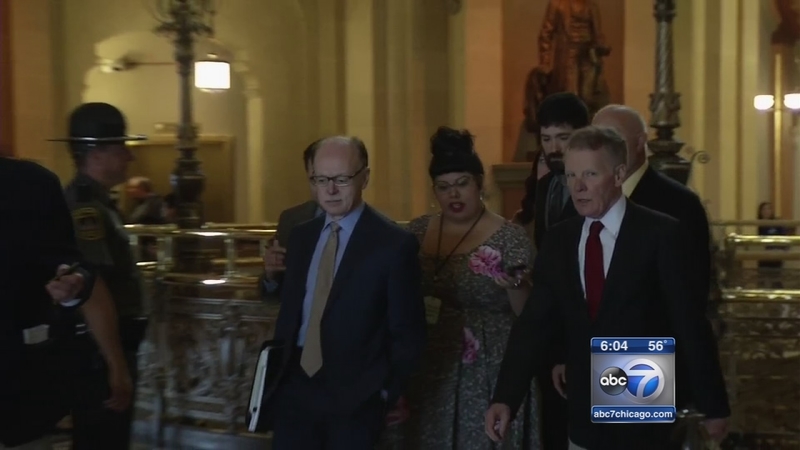 The governor hosted the 90-minute meeting in Springfield, and those who attended it did produce some progress in ending the 10 1/2-month long budget impasse.

The leaders of both parties took very public walks into the governor's office. Democrat and Senate President John Cullerton repeated some old news: Republican Gov. Rauner would consider signing off on a tax increase.

"So that, I think, was very helpful because if you don't have revenue because you could never come to a balance budget. So that was very productive," Cullerton said.

But the Republicans heralded what they considered a major breakthrough: they reported that Speaker Madigan had agreed to appoint lawmaker working groups to consider three reforms that the governor demands in exchange for revenue.

"I'm hopeful that they're willing to talk about reform because I guarantee you the people of this state are not willing to pay more money for the same lousy government they've had," said Rep. Christine Radogno.

Madigan did not speak to reporters after the meeting. In a statement he wrote: "The governor's continued insistence on passage of his agenda that hurts the middle class is a clear indication he is not interested in passing and implementing comprehensive, full-year budgets that do not decimate needed services relied upon by the people of Illinois."

Radogno wondered if Madigan would agree to reforms that the working group might recommend.

"We've had a lot of working groups and he disavows any knowledge or interest of them every time," she said.

But Cullerton insisted there had been progress.

"It was a good meeting because, again, the Governor indicated he's supportive of revenue to balance the budget and we're going to have working groups on his reforms," Cullerton said.

There was no comment from the governor's office. President Cullerton and the Republican expect to this week or next, the two weeks until the regular legislative session ends on May 31.