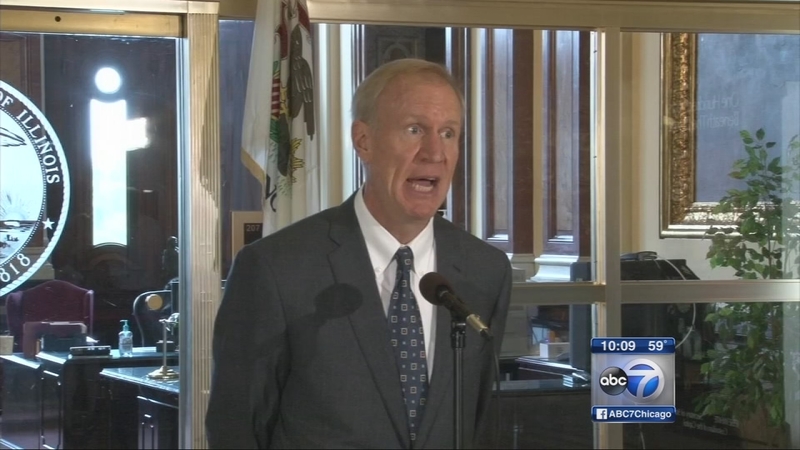 SPRINGFIELD, Ill. (WLS) -- A vote is set to take place Thursday that could fund the state until August 1. Gov. Bruce Rauner will likely veto it, but is pitching his own plan to address the pension mess.

But Republican Gov. Bruce Rauner - still demanding reforms - says if House Speaker Michael Madigan calls any budget-related vote, it should be to fund the government for a full year.

"What we've said to the Speaker is if you don't want to discuss reforms in good faith, go ahead and get the revenue so we have a balanced budget," Rauner said. "Pass a tax hike. Go ahead, you have a super-majority, he can do it."

Rauner also proposed a new, 500-page pension reform bill. He said it would affect teachers, police, firefighters and public employees statewide, offering them incentives to opt out of all or part of their current retirement plans.

"We believe this pension bill will allow taxpayers in Illinois to save a couple billion dollars per year if it were fully implemented," he said.